Ruud cruises past Norrie for 5th ATP title of 2021 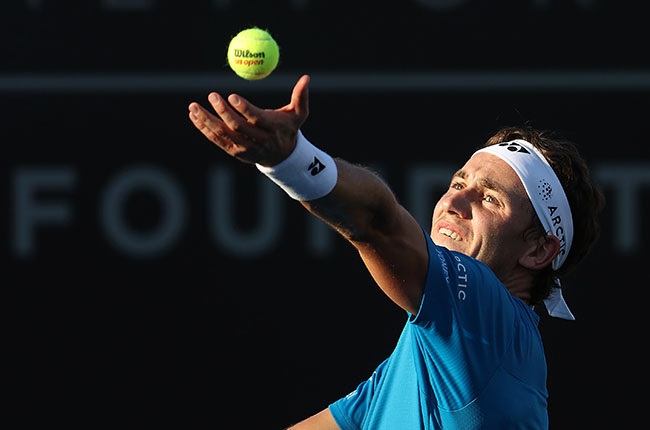 Casper Ruud powered past Cameron Norrie 6-0, 6-2 to win the ATP San Diego title on Sunday, his fifth title of the year and his first on hard courts.

The Norwegian, whose impressive performance on clay courts this year included three titles in three weeks at Bastad, Gstaad and Kitzbuhel in July, had battled past a string of tough opponents to reach the title match in California.

Coming off a three-set win over former world number three Grigor Dimitrov in the semi-finals, the second-seeded Ruud was in control throughout against Norrie - who toppled No 1 seed Andrey Rublev in the semis.

He broke Norrie's first service game and roared to victory in the opening set, giving up just three points on his own serve.

Norrie looked sharper to open the second set, but Ruud took a 4-2 lead with a crisp backhand passing winner and confidently closed out the match after just 62 minutes.

Ruud, who had won only one ATP title before this year, became the first player to win five titles this season.

The victory will see him move into eighth place in the Race to Turin as he tries to qualify for the ATP Finals to be held in the Italian city from 14-21 November.

Choose your newsletters
Voting Booth
After the opening weekend of URC action, what did you make of the South African struggles?
Please select an option Oops! Something went wrong, please try again later.
It exposed the quality of South African rugby...
38% - 2064 votes
There were positives to take
7% - 362 votes
We shouldn't read too much into one weekend
17% - 899 votes
It will take the SA sides time to adjust to the new competition
38% - 2071 votes
Previous Results
Showmax
The story of a legend: Sir Alex Ferguson