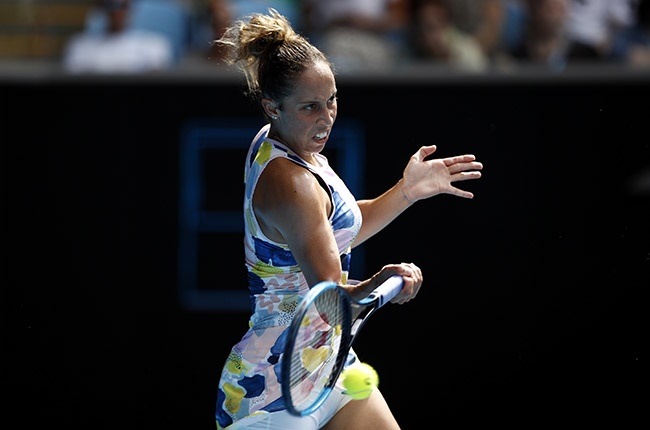 The unseeded American endured a torrid 2021, but she is in great form in Australia and dominated Badosa 6-3, 6-1 in sweltering heat on Rod Laver Arena.

It put her into a last-eight clash with French Open champion Barbora Krejcikova, who romped past two-time Australian Open winner Victoria Azarenka in straight sets.

Keys, who beat 2020 champion Sofia Kenin in the first round, said she had brought a fresh perspective into 2022 after struggling with the Covid-enforced bubble life on tour last year.

"I don't really thrive when my entire life becomes about tennis. I start thinking about it too much. It just starts becoming a little bit overwhelming for me," she said.

"Not being able to get out, go for walks, separate myself from the tournament a little bit, got really difficult.

"My biggest mindset change is just trying to enjoy tennis, take some of that just internal pressure that I was putting on myself. It was honestly freezing me," she added.

"I felt like I couldn't play at all. Just taking that away and putting tennis into perspective: that it's a sport, something that when I was little I enjoyed doing and loved doing it."

Both players, among the tour's biggest ball-strikers, have been in fine early season form.

But Keys was always in charge and exceptional in the opening set with Badosa having few answers to her consistent returns and strong serves.

Keys broke the Spaniard's first service game and gave Badosa little chance to strike back, slamming down serves at 188 kilometres per hour (117 miles per hour) and winning more than 80 percent of her first-serve points.

She closed out the set with 16 winners to her opponent's four.

Badosa started taking more risks in the second set and landed some perfect returns to put pressure on the Keys serve.

They exchanged breaks before Keys' consistency and precision saw her break three more times to wipe the Spaniard off court.

Keys, the 2017 US Open finalist, has played some of her best tennis in Australia, making the semi-finals 2015 and the quarters three years later with a sparkling 24-8 career record at Melbourne Park.

But she is wary of Krejcikova next up.

"I think she's just making tennis look easy. It seems like no matter what people are doing, she very quickly figures it out and has another game plan to quickly implement," she said.

"So that would be tough to play against."