Nadal back with patchy win in Australian Open warm-up 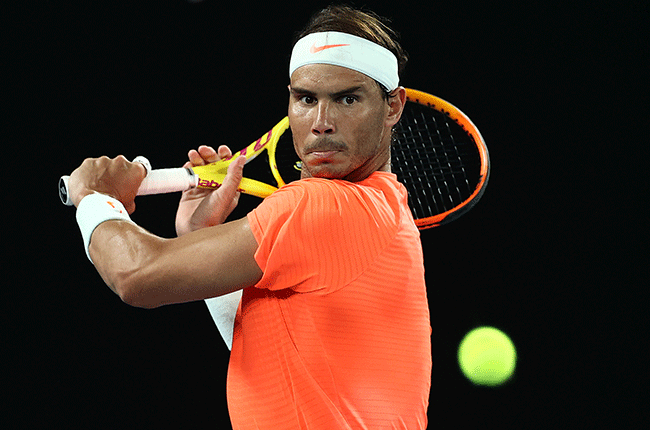 Rafael Nadal stepped up his return from Covid and injury with a patchy win over qualifier Ricardas Berankis at the Melbourne Summer Set tournament on Thursday.

The 20-time Grand Slam champion launched his Australian Open preparations with a 6-2, 7-5 win in the second round, his first singles match on the ATP Tour since August.

The 35-year-old, who tested positive for Covid last month, was in action just as his rival Novak Djokovic was facing deportation from Australia.

Nadal, who suffered a foot injury last year and sat out Wimbledon and the US Open in 2021, received a first-round bye at the Melbourne Summer Set before meeting Lithuania's 104th-ranked Berankis.

Nadal, who played doubles on Tuesday, looked in good touch early on and wrapped up the first set comfortably, breaking Berankis twice.

The Spaniard broke Berankis early in the second set and looked on track for a straightforward win when he led 5-2, only for his serve to go off the boil and allow the Lithuanian back into the match.

Berankis levelled the set at 5-5 before Nadal at last held serve, then broke once more to wrap up victory.

He will now play either Australia's Alexei Popyrin or Tallon Griekspoor of the Netherlands in the quarter-finals.