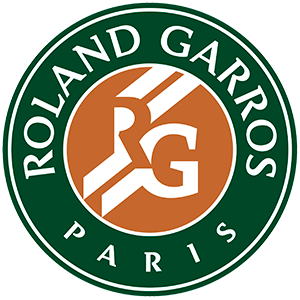 Paris - The French Open is now the only Grand Slam tournament not to feature final-set tie-breaks, with organisers not planning to follow Wimbledon and the Australian Open's efforts to prevent marathon matches.

Home player Benoit Paire defended the decision after beating compatriot Pierre-Hugues Herbert in the longest match of the tournament so far -- four hours and 33 minutes -- 11-9 in a deciding set.

The US Open has used tie-breaks in the final set since 1970, with Wimbledon and the Australian Open adopting them, albeit with different rules, this year.

"What is certain is that the end of the match would not have been the same with a tie-break," said Herbert.

"A tie-break prevents (players) staying so long on court, but it prevents you from having a match like the one we had in the fifth set."

Several players called for an end to extra-long deciding sets after a series of gruelling matches last year at Wimbledon.

John Isner went down 26-24 in a painstakingly-long ace-fest against Kevin Anderson in the semi-finals (six hours and 36 minutes), before the second last-four clash between Rafael Nadal and Novak Djokovic also lasted five-and-a-quarter hours as Djokovic took a decider 10-8.

American Isner also played the longest match in tennis history when he beat Frenchman Nicolas Mahut 70-68 in a fifth set in 2010 at the All England Club in an encounter that stretched over three days.

The previous record was held by Frenchmen Arnaud Clement and Fabrice Santoro in the 2004 Roland Garros first round, with Santoro winning 16-14 in a decider after six hours and 33 minutes.

All four Grand Slam tournaments now have different ways of determining a winner.

The French Open uses the 'advantage set' when a player must win by two clear games, the US Open has a usual tie-break (first to seven points), the Australian Open a 'champions' tie-break (first to 10 points), while at Wimbledon players will only play a breaker if the deciding set reaches 12-12.

The grass-court Slam said it changed its rules following extensive consultation with players and experts, and after taking into consideration "two decades of statistics".

Seemingly never-ending matches are much rarer in Paris than London, though, with only the Santoro-Clement match passing six hours.

"Wimbledon has decided to introduce a tie-break (at 12-12) because of matches like Mahut-Isner that have reached ridiculous proportions.

"Historically, Roland Garros, it has never happened, even if there have been matches that have actually lasted a little bit," said French Open director Guy Forget told AFP.

"Maybe if in the future we are also faced with this kind of match, we will try to get closer to other Grand Slams.

"We can regret (a lack of) clarity, uniformity between the different formats."

But he insisted that a change is "not at all" being considered at the moment.

The French Open has often lagged behind its counterparts in adapting, although has started to catch up in recent years -- prize money has been steadily increasing and a roof will be added to Court Philippe Chatrier next year -- but whether or not it continues to hold firm on its fifth-set rules remains to be seen.

Results from the eighth day of the French Open on Sunday (x denotes seeding):

We live in a world where facts and fiction get blurred
In times of uncertainty you need journalism you can trust. For only R75 per month, you have access to a world of in-depth analyses, investigative journalism, top opinions and a range of features. Journalism strengthens democracy. Invest in the future today.
Subscribe to News24
Related Links
Nadal wins 90th Roland Garros match to reach quarter-finals
Federer marches on at French Open, Vondrousova also into quarters
Federer eases into 12th French Open quarter-final
Next on Sport24
Djokovic could play in French Open: French sports minister