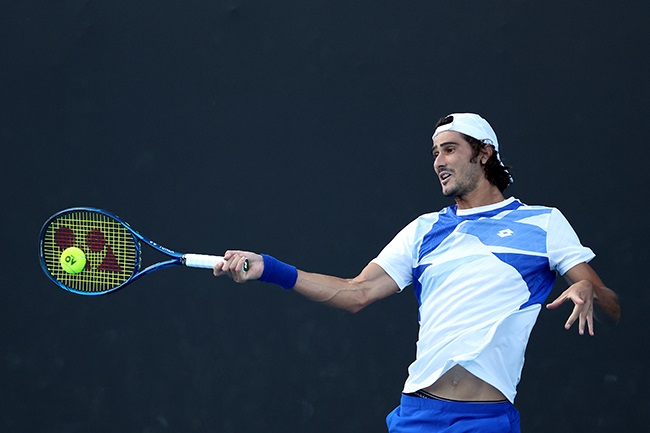 Lloyd Harris and Raven Klaasen were knocked out in the third round of the men's doubles at the Australian Open on Monday.

The South Africans were outclassed 6-1, 7-6 (7-4) by Marcel Granollers (Spain) and Horacio Zeballos (Argentina).

Harris and Klaasen got off to a sluggish start as they struggled to find any rhythm.

"We sort of got punched in the mouth," Klaasen said of their poor start to the match.

Harris added: "They were more solid and took the match to us. They were serving well and we weren’t making many returns."

The second set was a more competitive affair with the South Africans taking it to a tie-break which they lost 7-4.

"We did a good job to come back, we came close, we had some opportunities, and we fought hard," Harris said.

Klaasen felt that during this set "they gave the South African supporters something to cheer about".

Regarding the future of their doubles pairing, Klaasen was bullish: "This is our fifth time playing together and we'll get better."

Harris said he was ready to play with Klaasen in future: "Whenever Raven signs me as I was just a Guinea pig this week!"

Harris now heads back to Dubai for a few days of rest and relaxation and not playing any tennis.

"I'll then be ready to roll again."

From Dubai, Harris then flies to Tenerife for an ATP Challenger event.

Klaasen flies back to Cape Town for a few days before heading to Luxembourg for his next doubles tournament.

We live in a world where facts and fiction get blurred
In times of uncertainty you need journalism you can trust. For 14 free days, you can have access to a world of in-depth analyses, investigative journalism, top opinions and a range of features. Journalism strengthens democracy. Invest in the future today. Thereafter you will be billed R75 per month. You can cancel anytime and if you cancel within 14 days you won't be billed.
Subscribe to News24
Next on Sport
SA duo Harris and Klaasen steamroll on at Australian Open