Wimbledon finalist Berrettini out of Tokyo Olympics with injury 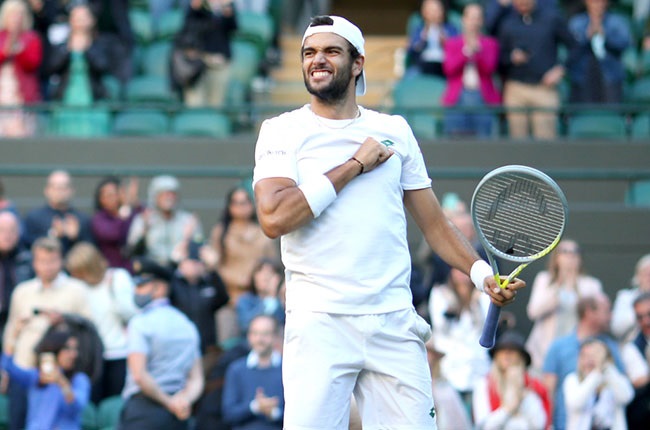 Wimbledon finalist Matteo Berrettini said Sunday he was "devastated" at being forced to pull out of the Tokyo Olympics with injury as Italy's 2018 Open Championship golf winner Francesco Molinari also withdrew with a back problem.

World number eight Berrettini picked up the muscle problem in London where he became the first Italian to reach a Wimbledon singles final, losing in four sets to Novak Djokovic.

"Representing Italy is an immense honour and I am devastated by the idea of not being able to play the Olympics," Berrettini said on Instagram.

"Yesterday I underwent an MRI to check the injury to my left leg that I got during Wimbledon and the outcome was obviously not positive.

"I will not be able to compete for a few weeks and will have to rest. I wish all the Italian athletes a big good luck, I will support you from afar but with all my heart."

Molinari, 38, also spoke of his disappointment at missing out on the Games, having skipped the 2016 Rio Games because of the Zika virus.

"I'm trying to find the right words, but I can't find them," Molinari said on Twitter.

"I have a back problem that has hampered me for most of the season and which now unfortunately prevents me from representing my country in the most important sporting event in the world.

"I will cheer on Italian athletes hoping to be able to participate in the Olympics in the future."

Molinari's place is set to be taken by Renato Paratore, the Italian Olympic Committee (CONI) confirmed, adding that the Italian Tennis Federation does not allow substitutions of players.

We live in a world where facts and fiction get blurred
In times of uncertainty you need journalism you can trust. For only R75 per month, you have access to a world of in-depth analyses, investigative journalism, top opinions and a range of features. Journalism strengthens democracy. Invest in the future today.
Subscribe to News24
Next on Sport24
French Open champion Barbora Krejcikova wins Prague Open title