Miami - The family of a man who died in a car crash involving Venus Williams plan to sue the tennis superstar, a lawyer said on Friday.

"At this point we are attempting to both preserve the evidence and gain access to evidence," Steinger told the program.

"There were video cameras placed at guard houses where Ms. Williams lives, police have refused after multiple requests to turn those over to us, and we would like to see visual portrayal of the accident on those videos," he added.

According to details of a Palm Beach Gardens police report, Williams' 2010 Toyota Sequoia SUV was in collision with a 2016 Hyundai Accent driven by Barson's wife, Linda Barson.

The police report described Williams as being "at fault" in the incident. The accident remains under investigation and she has not been charged with an offence.

A statement from Williams' attorney Malcolm Cunningham on Thursday said the incident was an "unfortunate accident."

"The police report estimates that Ms. Williams was traveling at 8km/h when Mrs. Barson crashed into her. Authorities did not issue Ms. Williams with any citations or traffic violations. This is an unfortunate accident and Venus expresses her deepest condolences to the family who lost a loved one."

Cunningham said Williams entered an intersection on a green light that turned red during her turn but became stuck in the intersection because of traffic.

The police report said Williams was deemed at fault for blocking the right of way of the other vehicle.

We live in a world where facts and fiction get blurred
In times of uncertainty you need journalism you can trust. For only R75 per month, you have access to a world of in-depth analyses, investigative journalism, top opinions and a range of features. Journalism strengthens democracy. Invest in the future today.
Subscribe to News24
Related Links
Djokovic marches into Eastbourne final
Kyrgios feels he can win Wimbledon
Wimbledon lacks women's favourite
Next on Sport24
Wimbledon set to return even without fans 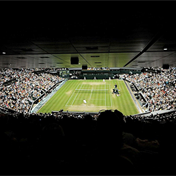