Bencic ousted in Dubai by Jankovic

Dubai - Fifth-seeded Belinda Bencic of Switzerland, playing her first week as a top 10 player, was upset 4-6, 7-5, 6-4 by Jelena Jankovic of Serbia in the Dubai Tennis Championships on Tuesday.

The ninth-ranked Bencic, 18, who reached last weekend's final in St. Petersburg, Russia, looked physically exhausted by the end of the 2 hour, 31 minute match against the 20th-ranked Jankovic.

"It wasn't easy being in St. Petersburg over the weekend and then in Dubai since yesterday, but that's part of being a professional tennis player and it's something that we all have to cope with," Bencic said.

"Of course I am disappointed to have lost, but it's a long season and I need to turn my focus to the next tournament."

Four of the eight seeds have lost in the first round - Bencic, Vinci, Karolina Pliskova and Svetlana Kuznetsova.

In the 12th game of the second set, Bencic smacked a backhand crosscourt wide on a sixth set point in the game for Jankovic.

By the third set, Bencic was visibly struggling, although she managed to save seven overall break points against her serve in the sixth and eighth games.

In the final game of the match, Bencic netted a backhand at 15-40 to end the contest.

"I'm just getting my rhythm and kind of basically starting the season," Jankovic said. "You know, I just fought hard. I was hanging in there every point."

In earlier matches, Anna Ivanovic of Serbia and Elina Svitolina of Ukraine advanced to the second round.

Ivanovic swept past Daria Gavrilova 6-1, 6-0, while the 21st-ranked Elina Svitolina advanced with a 6-3, 6-1 win against Slovakian qualifier Jana Cepelova.

The 17th-ranked Ivanovic came to Dubai after having reached the semi-finals in St. Petersburg, where she lost to Vinci.

Ivanovic will play defending champion and top-seeded Simona Halep in the second round.

"You want to play against the best, and next match is going to be a tough one for me," Ivanovic said. "Simona is a very tough, consistent player. She strikes the ball well. She moves well. So it's going to be a good challenge."

Svitolina's match was her first to be played with coaching consultant Justine Henin, a seven-time Grand Slam champion, in attendance.

"It's great to have Justine in my team, and I worked with her in offseason for a little bit, and now she's going to join us for some tournaments," Svitolina said. "I'm looking forward to hard work. We are trying to do something new (to) refresh my game."

Svitolina plays second-seeded Garbine Muguruza of Spain in the second round. 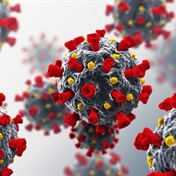