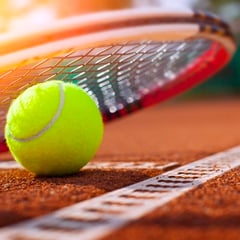 Dubai - Kim Clijsters faces an unexpectedly tough first match on her comeback after seven years out in Dubai this week - against Australian Open finalist Garbine Muguruza.

Clijsters, 36, had been due to play Kiki Bertens but the eighth-ranked Dutch player withdrew after reaching the Sunday final in St Petersburg.

Her absence moved tournament wild card Muguruza into the draw opposite Clijsters, the four-time Grand Slam singles champion and mother-of-three who is making a return after last competing at the 2012 US Open.

Spain's Muguruza, a two-time Major winner, becomes the ninth seed and will take on Clijsters in the first round at the Aviation Club.

Top seed Simona Halep and number two Karolina Pliskova both have byes into the second round.

We live in a world where facts and fiction get blurred
In times of uncertainty you need journalism you can trust. For only R75 per month, you have access to a world of in-depth analyses, investigative journalism, top opinions and a range of features. Journalism strengthens democracy. Invest in the future today.
Subscribe to News24
Related Links
Edmund punches ticket to New York Open final
Auger-Aliassime v Monfils for Rotterdam title
Ferrer: Nadal better under pressure than Djokovic and Federer
Next on Sport24
WTA still 'deeply concerned' over tennis star Peng Shuai