Halep has nose surgery, is out for rest of 2022 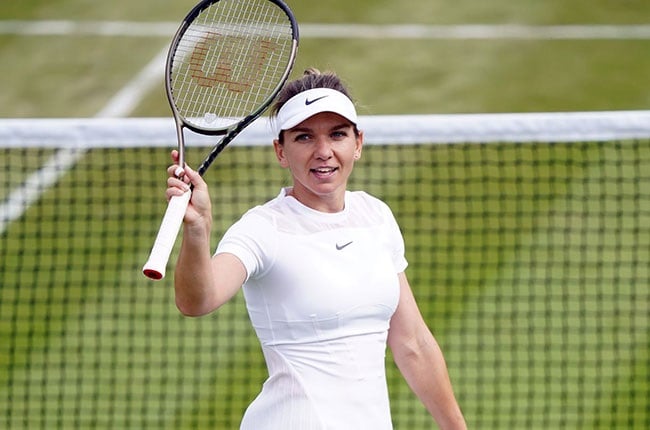 Simona Halep has had surgery on her nose and will not play again this year, the former world number one said on social media on Thursday.

"I don't know how long the recovery will take," the 30-year-old Romanian posted on Twitter and Instagram next to a selfie showing her in a hospital bed with a bandaged nose.

"What is sure is that this year I won't be able to compete in any official tournament."

Halep said she decided to address her physical problem after dealing with mental issues earlier in the year.

"I have been struggling for a while with nose problems and it got worse in the summer," she wrote. "The problem made it hard to breath."

"The only way to solve the problem was to undergo surgery."

Halep won the French Open in 2018 and Wimbledon in 2019, but slipped out of the top 20 in May and then lost in the second round at Roland Garros.

"In February, I was very close to stop tennis because I didn't believe I have enough power to come back to top 10," she wrote. "I was going through many anxious moments."

She said she worked on relaxing with coach Patrick Mouratoglou and her form briefly rebounded.

She reached the semi-finals at Wimbledon and winning in Toronto to reach No.6 in the rankings in August.

She then lost in the first round at the US Open to Ukrainian Daria Snigur.

"When I got to the US Open, I realized I am completely exhausted," she wrote, blaming her beathing problems.

We live in a world where facts and fiction get blurred
In times of uncertainty you need journalism you can trust. For 14 free days, you can have access to a world of in-depth analyses, investigative journalism, top opinions and a range of features. Journalism strengthens democracy. Invest in the future today. Thereafter you will be billed R75 per month. You can cancel anytime and if you cancel within 14 days you won't be billed.
Subscribe to News24
Next on Sport
Serena says Brady's NFL un-retirement 'really cool trend'