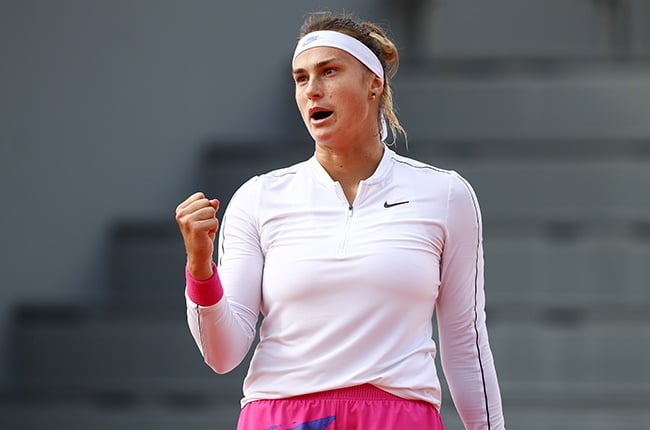 Belarusian Aryna Sabalenka finished the 2020 WTA season in style, winning her third title of the year with a straight-sets victory over her doubles partner Elise Mertens in the Linz final on Sunday.

Top seed Sabalenka saw off the second-seeded Mertens 7-5, 6-2 to tie Simona Halep for most tournament triumphs in the coronavirus-disrupted season.

The usual year-ending WTA Finals in China were cancelled due to the Covid-19 pandemic, leaving the event in Austria as the last of the campaign.

"This is something amazing," Sabalenka told wtatennis. "I don't want to say anything, and just cross my fingers so more wins come to me.

"This is the perfect end to my season, so I can be happy and relaxed for my holidays and pre-season. I'll keep working to make sure I can maintain this level next season."

It was the 22-year-old's eighth career title, but she has still never reached a Grand Slam quarter-final.

"At Grand Slams, I would think about how big they are, and put a lot of pressure on myself," she admitted.

Belgium's Mertens remains without a trophy since the Qatar Open in February 2019.

We live in a world where facts and fiction get blurred
In times of uncertainty you need journalism you can trust. For only R75 per month, you have access to a world of in-depth analyses, investigative journalism, top opinions and a range of features. Journalism strengthens democracy. Invest in the future today.
Subscribe to News24
Related Links
Michael Venus slams New Zealand over 'unfair' virus restrictions
Jannik Sinner becomes youngest player in 12 years to win ATP title
Djokovic eyes record as Nadal seeks first ATP Finals crown
Next on Sport24
Tetchy Medvedev fells stubborn Cressy as Sabalenka crashes out