Sharapova to return as UN ambassador

New York - Maria Sharapova will once again be a UN goodwill ambassador when her doping ban expires in April and she returns to international tennis competition, a UN statement said on Thursday.

The United Nations had suspended Sharapova's role as goodwill ambassador in March after she failed a drug test, putting a hold on a nine-year partnership with the UN Development Programme.

"UNDP was glad to learn that Maria Sharapova can return to the sport she loves sooner than expected and we will lift the suspension of her role as our goodwill ambassador once the reduced ban expires in April 2017," said a UNDP spokesperson. 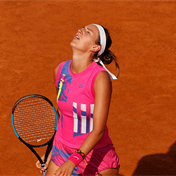