10 mistakes to avoid when involved in an accident 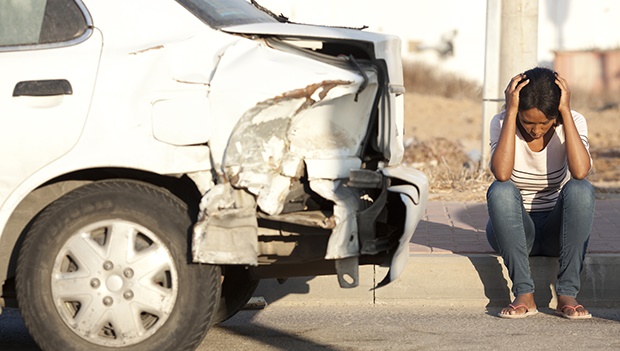 Knowing typical oversights to avoid at the scene of an accident and in the days that follow can help ensure the success of a subsequent road accident claim.

This is according to Kirstie Haslam, partner at DSC Attorneys, who highlights the following mistakes to avoid when involved in an accident:

When you're in a state of shock, it's easy to say things you may regret later. Try and stay calm, and think before you say anything. For example, simply apologising to another irate driver – which you might do instinctively, without meaning to accept liability for the accident– could compromise the strength of a claim you make later.

The best approach is to limit the information you provide to the other driver to your name, contact details and the details of your insurance company.

Witness statements are independent assessments of how the accident happened. They are vital pieces of evidence that can help bolster a road accident claim. In the heat of the moment, it's easy to forget to record the names and email addresses or telephone numbers of people who saw the incident happen in real time. However, don't make this mistake. Tracking witnesses down after the event can be difficult or impossible. Generally, aim to record the details of anyone at the scene.

Don't forget to collect as much information as you can about the other driver and car involved in the accident. Make a note of his or her name and address, identity number, telephone numbers and email address. Request the name of their insurance company, and write down the car's make, model and licence numbers.

At an accident scene, it may seem awkward to take photos – but later, this is something you might regret not doing. Good, clear visual evidence can be key to a successful road accident claim. Aim to visually record the scene of the accident, and any damages and injuries. If you have a smartphone, you can use its camera and video capabilities.

Take snaps of skid marks, road signs, traffic lights and lighting, and anything else that may indicate how and why the accident happened. Try to video and photograph the accident scene from different aspects and angles. Also, remember to capture images of the other vehicle's licence plates and disc. GoPro/Dash-cam footage can also be useful when claiming, which especially motorbike riders are using increasingly.

A cardinal error is failing to report an accident to the South African Police Services (SAPS). All road accidents in South Africa should be reported at the nearest police station within 24 hours – or immediately in the event of serious injuries or a fatality. An accident report and case number are needed to support a road accident claim.

Don't be tempted to give the police, your insurance company or your personal injury lawyer false information. Lying is simply out of the question. It's a criminal offence and could have serious legal consequences.

Avoid discussing the accident, or your road accident claim, on social media platforms like Facebook or Twitter. Insurance companies, defence attorneys and even the Road Accident Fund (RAF) can use information you post online to dispute your claim.

Don't fail to have a proper medical examination. Instead, go for a full medical check-up as soon after the accident as you can. Injuries to the spine, internal organs and brain don't necessarily show symptoms straight away, but require immediate treatment and care. If you avoid going to the doctor right away and show serious symptoms later on, the RAF might argue that your injuries aren't related to the accident.

Don't make the mistake of thinking you can go it alone. In South Africa, the success of road accident claims against the Road Accident Fund (RAF) is highly dependent on the expertise, experience and persistence of legal professionals therefore it is advisable to seek advice from an attorney that specializes in road accident claims and who can assess your claim, help prepare supporting evidence and represent you in legal proceedings, giving you the best chance of receiving the compensation you deserve.