Her husband Nhlanhla proposed marriage three months into the relationship.

“As women we are conditioned to think there’s a certain time we should date someone and only after that period we can then get married. There was no waiting with us – Nhlanhla told me I was the person he’d been waiting and looking for and I had everything he wanted in a woman. He always says what he loves most about me.”

FaceTime with daddy?? I love them so much????????? #mypeople#blessedfamily#Godfirst?

Aphiwe is her second child; she has an 11 year old son, Xolani.

“It honestly feels like the first time. With my first pregnancy I was 18 then and after giving birth my parents took the child and raised him where he stayed with them in Stilfontein, North West until recently, so I could continue with my studies and chase my dreams. This time around, I’m raising my son from birth and while everything feels new, I’m enjoying it to the fullest.” After an endometriosis operation in January, she was told it would be impossible to have kids.

“I was a mom of one already but hearing bad news hurt. I had always wanted my boy to have siblings and now it was highly impossible. That broke my heart. But fortunately God works in mysterious ways, I found out I was pregnant with my son Aphiwe, six months after that operation.” 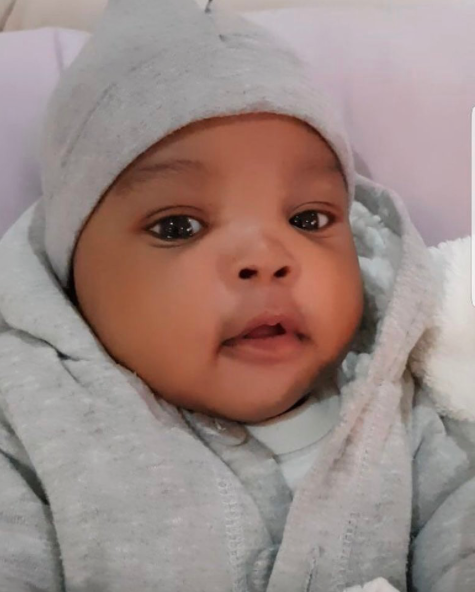 Her water broke while performing.

“I gave birth early at 27 weeks, which was odd as I had a smooth pregnancy. The doctor had said it was safe for me to travel and perform. My water broke while I was perfoming! I couldn’t let my fans down, so I continued singing and finished the show, and only went to hospital after. I was examined and both baby and I were fine. Two weeks later, however, Aphiwe was born.” Even after announcing Rebirth will be her last album, she’ll still be in the music industry.

“I’ll do features and write. I plan to sign only women under my label as I know how difficult it is to get ahead. Female artists must know they don’t have to sell their soul to get recognition.”