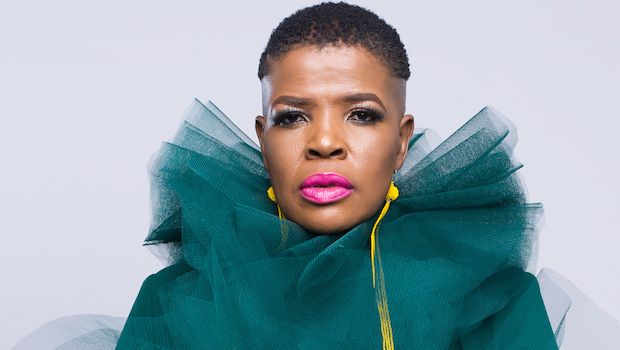 The CEO and founder of Mosekedi Entertainment share her passion for all things music and entertainment and her latest studio album Still Here.

Khekhapa made me fall in love with traditional music. I learned the basic skills of composing traditional music by only using drums. When you are exposed to such an empowering environment from a young age, ideas start to form. That’s where my music career was born. It gave me the push I needed to take it seriously even though I had to go work on the farms in Tzaneen to support my then-young kids. The way the women there compose songs is different and very organic. In a matter of a few minutes, they can come up with a melody, lyrics, and choreography. And in my recording sessions, it is often like that, minus the choreography [chuckles].

Still Here is my way of telling everyone that I am still here. I’m not just everywhere but where it matters. It took me under five months to put the 10-track album together. The main themes are still love and celebrations, as with my previous albums. It opens with a song I did with Bekezela, called Uyisibane and closes with Honamo. I featured quite a number of artists, including love songs maestro Henny C, actor Clement Maosa, dancer Cedric Tsongaboy, and Lekkersweet.

Ownership – that’s what inspired me to start my record label. Besides, I’m not getting any younger, and at this stage in my life creating art for charts, awards, and recognition doesn’t really inspire me anymore. Going independent was the next logical move to actively create a legacy for my family.

Acting and TV hosting were not always part of the plan for me. But when the opportunities arose, I knew I could and wanted to do it. As a South African entertainer, you must be willing to try everything outside your comfort zone. Besides, both acting and TV hosting teach you a lot about yourself, as a person, and as an artist who is expected to do handle media interviews, and make appearances on different television shows.

I’ll be promoting my album and then head straight to Limpopo to see my family.

Plans for the future in less than 10 words:

I want to build an entertainment empire.

We live in a world where facts and fiction get blurred
In times of uncertainty you need journalism you can trust. For 14 free days, you can have access to a world of in-depth analyses, investigative journalism, top opinions and a range of features. Journalism strengthens democracy. Invest in the future today. Thereafter you will be billed R75 per month. You can cancel anytime and if you cancel within 14 days you won't be billed.
Subscribe to News24
Next on TrueLove
One to watch: Minnie Ntuli