5 reasons we think Lira is an inspiration We recently caught up with Lira when whisky brand Johnnie Walker recently announced its partnership with her as the South African addition to a global list of iconic jaywalkers. Lira's music career spans 13 years and she has established herself as the foremost female artist in South Africa. She is a formidable presence on the global music scene who is not about to stop anytime soon. Here are a few reasons we think she is an inspiration: 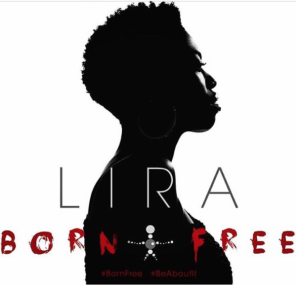 When asked to elaborate on the significance of the title, she said: “I grew up in a world where I faced so many limitations. I realised defining freedom for myself and subsequently living it was what I needed to do. In exploring this, the concept of “Born Free” became clearer. I want people to realise how powerful they are and that they can own their freedom. This album has become more than a body of musical work, it seeks to inspire and create change – physically and most importantly, mentally “says Lira. Born Free masterfully blends a new sound with the smooth urban direction which is synonymous with the LIRA brand. Lira will be launching her album ‘Born Free’ on Friday 8 April and Saturday 9 April at Gold reef city.
We live in a world where facts and fiction get blurred
In times of uncertainty you need journalism you can trust. For 14 free days, you can have access to a world of in-depth analyses, investigative journalism, top opinions and a range of features. Journalism strengthens democracy. Invest in the future today. Thereafter you will be billed R75 per month. You can cancel anytime and if you cancel within 14 days you won't be billed.
Subscribe to News24
Next on TrueLove
5 minutes with writer and creative producer Mahlogonolo “Manchester” Mahapa