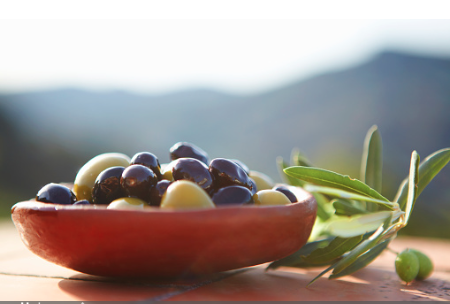 Olives are known for their delightful flavour, coming in a variety of colours from rich black, the purple-black of plump Calamata olives and the firm, ripe green varieties.

Whether they are the finishing touch to a martini, the delightful accompaniment to sunset cocktails, the appetizing addition to the perfect Greek salad or the final topping of a mouth-watering pizza, Tuna Marine shares 6 surprising things you never knew about olives:

Would you believe that olives are actually a type of fruit!  Known as a drupe and characterized by an outer fleshy part surrounding a pit or stone, olives belong to the same fruit group as apricots and cherries.

When you eat an olive, you are tasting a long food history of many centuries.  Olives were grown commercially in Crete around 3000BC and according to Wikipedia, may even have been the source of wealth in an early Cretan period of the Minoan civilization.

As a source of Vitamin E, olives have antioxidants which protects the body against harmful environmental factors such as pollution and harmful rays of the sun, while also boosting the immune system.

When it comes to heart health, olives can play a role through oleic acid - one of the primary fats found in olives.  This monounsaturated fatty acid is associated with a protective function which also can help protect the body against cancer.

Phytonutrients or phytochemicals found in olives are important when it comes to fighting chronic diseases such as diabetes, cancer, heart disease and Alzheimer’s.

While going through the recipe process, lactobacillus forms – a type of bacteria found in yoghurt.  These bacteria, which are also found in our bodies, help keep the healthy balance of good bacteria needed for digestive health and also play a role in boosting the immune system.

Having delighted people over the centuries, olives continue to bring an unmistakable flavour to a meal.  With their versatility, from a piquant olive tapenade to an unmistakable flavoursome olive bread, these small, plump fruit are a rich source of nutrients with a delicious taste which delights the palate while nourishing the body at the same time.