Adele dedicates a show to Brangelina after divorce announcement 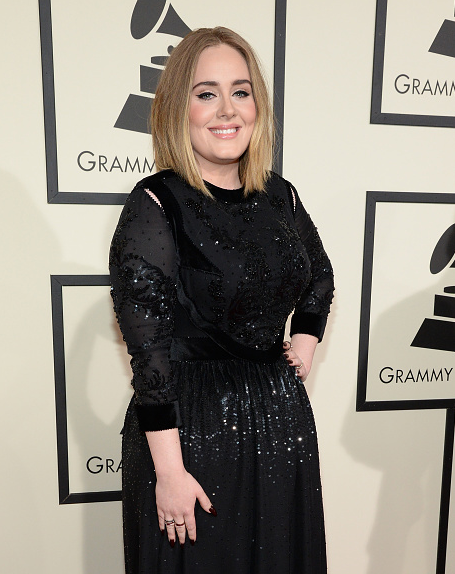 The Hello hitmaker was in the midst of her seven-night run at New York's Madison Square Garden, when it was announced Angelina had filed for divorce from Brad, the father of her six children.

And when Adele took to the stage, she couldn't help but address the divorce. "I need to address the elephant in the room," she told the crowd, "but it's the end of an era."

She then dedicated her show, which she called "two hours of misery", to Brad and Angelina.

The public were left stunned when it was revealed Angelina had filed for divorce from her husband, citing irreconcilable differences, and was asking for custody of their six children.

Her legal filing lists the date of their separation as 15 September (16).

After the divorce news went public, Jolie's attorney Robert Offer revealed the actress filed for "dissolution of marriage", adding the decision was made for "the health of the family".

"She will not be commenting, and asks that the family be given its privacy at this time," Offer added.

Brad later released a statement saying: "I am very saddened by this, but what matters most now is the well-being of our kids... I kindly ask the press to give them the space they deserve during this challenging time."

Brad and Angelina wed in 2014. The couple met on the set of 2005 action Mr. & Mrs. Smith, when Brad was still married to Jennifer Aniston.