Amber Rose: 'Kanye West bullied me after we split' 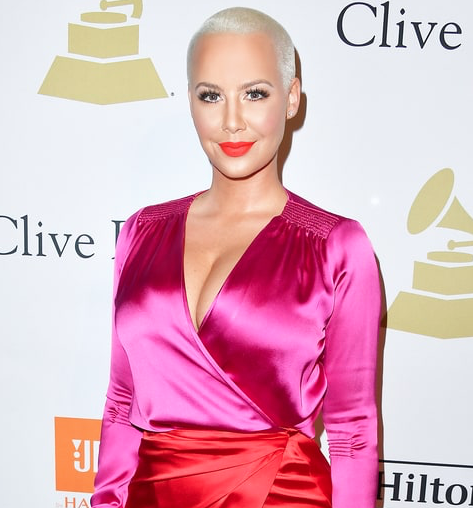 Amber Rose struggled with heartache and pain following her split from Kanye West, revealing her rapper ex bullied her for several years. The model dated the Stronger hitmaker from 2008 to 2010 and after their split the former couple traded barbs on social media for years. The feud came to a head in January, 2016 when Kanye mentioned Amber's son with Wiz Khalifa in an online rant after he misinterpreted a tweet sent by Wiz about marijuana as a swipe at his wife Kim Kardashian.

Amber and Kanye have since ended their feud and she is now dating 21 Savage, but she explains she's still considered the villain of the romance.

"I see this a lot on the internet: 'Amber's going to hurt him'," she tells Complex's Everyday Struggle talk show. "I have been the one that has been heartbroken. I have never cheated on any of my boyfriends. I still have never said anything mean about Kanye.

"This is after six, seven years of constant bullying from him... I was quiet for so long."

Amber has been slammed as a "gold digger", but explains all she got out of the failed relationship with Kanye was fame.

"I had to just take that," she says. "I had to take that heartbreak on top of it."

And for Kanye, the relationship inspired his My Beautiful Dark Twisted Fantasy album.

The split left her devastated and she admits she fell into a deep depression: "If I was going to kill myself, I would have done it during those times."