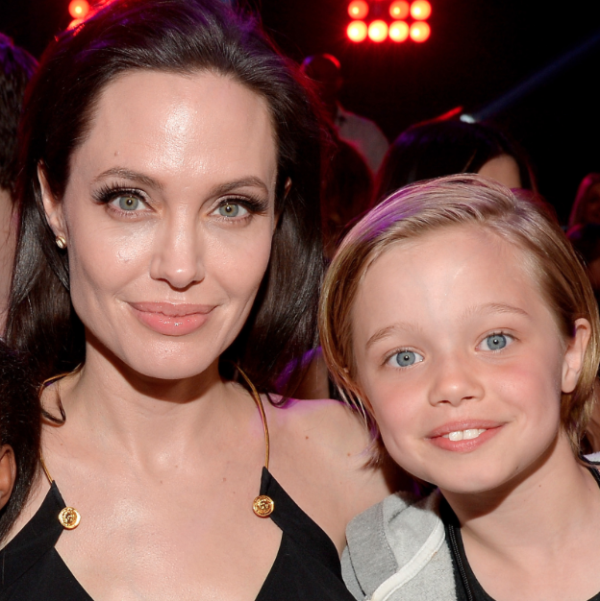 Angelina Jolie recently took her daughter Shiloh back to her birthplace of Namibia to open an animal sanctuary named in the 11-year-old's honour. The actress and activist spent five days in the African nation with her brood of six earlier this month (Jul17) as they visited the N/a'an ku se Foundation, where they helped to launch the Shiloh Wildlife Sanctuary.

Shiloh had no idea the new facility, which is dedicated to housing elephants and rhinos which have been abused or targetted for poaching, would bear her name. "Her face lit up when she saw the sanctuary for the first time," a source told People magazine. "The name was a surprise to her and she was beaming. She and her brothers and sisters moved around very quietly as the newly rescued elephants were still settling in."

They also got the chance to help out foundation founders Rudie and Marlice van Vuuren as they worked with other wild animals at the sanctuary, and met a cheetah named Shiloh, which Angelina previously came across as a cub in 2015, according to the publication.

Jolie wrapped up the trip with a private talk with Namibia's President Dr. Hage Geingob and First Lady Monica Geingos, with whom she discussed her plans to continue aiding conservation efforts in the country.

"It is a privilege to work with N/a'an ku se and be able to contribute to conservation in Namibia," Angelina said as she concluded the stay.

The Maleficent star's travels to Namibia took place shortly after touching down in Kenya, where the United Nations High Commissioner for Refugees (UNHCR) Special Envoy celebrated World Refugee Day on 20 June (17) by addressing staff at the International Peace Support Training Centre in Nairobi. Shiloh is Angelina's eldest biological child with her estranged husband Brad Pitt, who she separated from last September (16). The former couple also share twins Knox and Vivienne, who turned nine on Wednesday (12Jul17), as well as adopted kids Maddox, 15, Pax, 13, and Zahara, 12.

To celebrate the twins' birthday, Angelina took her children to the Disneyland theme park in Anaheim, California on Wednesday, leaving many thrill seekers starstruck.

Fans poured onto Twitter after spotting Jolie and the kids, gushing about the exciting sighting.

"Day made we just saw Angelina Jolie on the Teacups ride and she waved hello," one fan tweeted, signing the message off with heart-eyed emojis.

"JUST SAW ANGELINA JOLIE IN DISNEYLAND AND HER BEAUTIFUL CHILD BUMPED INTO ME," another excited devotee wrote.