Ballin! Celebs with cars worth millions Despite recent controversy over him leaving record company, Mabala Noise, the rapper has decided to spoil himself – well according to friend, Cassper Nyovest anyways. – The King Kotini bought himself a brand new Ferrari, we know those can fetch anything between R4- to R7million. The actress drives a Maserati. 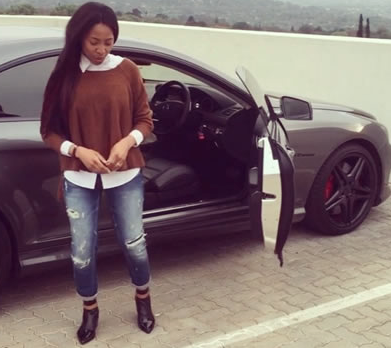 The rapper is proud owner of not one but two Bentlely Continental GT, which have a starting price of R3,7 million.

You’ll know from his social media that the DJ has a fleet of cars – from a Rolls Royce to Mini Coopers.

Aston DBS x RR...We almost shot a movie today ?. Happy Youth Month. I'm not showing off. Just letting you know it's possible. You need to dream then wake TF up and work. Time for #ClubLandAdventures #EuphonikInTheHouse A post shared by Euphonik (@euphonik) on Jun 16, 2015 at 1:45pm PDT

It’s a sponsor but we know Touch can afford it and we’ve seen him before in other fancy cars.

A confessed engine head, Zonke owns this BMW M4 convertible which is worth an about R1,3 million.

Last year the radio personality, Idols SA judge and choreographer spoilt himself and bought two cars worth a combined R3,3million. First he bought the BMW i8 – worth over R1.7 million – and later a Mercedes Benz G350d which costs a cool R1,5 million.