Pregnant superstar Beyonce is reportedly planning to turn her five-year-old daughter Blue Ivy into a mini mogul by trademarking her name for use in beauty, fashion and electronics.

The Formation hitmaker has reportedly filed legal papers to reserve the rights to "Blue Ivy Carter" for commercial use. 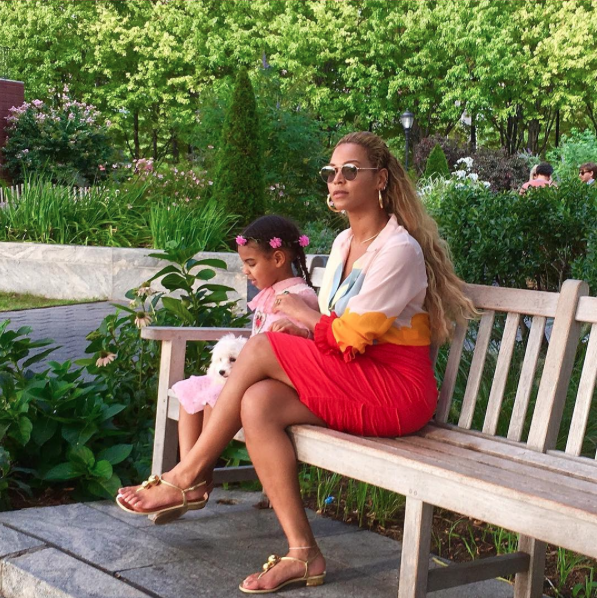 According to TMZ.com, the trademark application covers everything from hair care to clothing, mobile devices and video games, among many other possible ventures. Sources claim the petition is close to being approved.

It's not the first time Beyonce and her husband Jay Z, real name Shawn Carter, have attempted to gain the rights to their daughter's name. Shortly after the pair became first-time parents in January, 2012, officials at the singer's BGK Trademark Holdings firm lodged documents at the U.S. Patent and Trademark Office to protect the name "Blue Ivy", but their bid was denied as there was already a Boston, Massachusetts-based party planning firm, Blue Ivy Events, which had been operating under the title since 2009.

In 2013, Jay Z opened up about the failed trademark effort, insisting the hip-hop supercouple never actually intended to do anything with the copyright, despite reports suggesting Beyonce had wanted to launch her own Blue Ivy children's clothing range.

"People wanted to make products based on our child's name and you don't want anybody trying to benefit off your baby's name," he told Vanity Fair. "It wasn't for us to do anything; as you see, we haven't done anything."

It's not clear if the stars' latest petition is also just to protect their daughter's naming rights or if they will use her unique moniker for new merchandise.

The news emerges two days after Beyonce took to Instagram to reveal she and Jay Z are expecting twins.

Alongside a photo of herself posing in a bra, panties, and a veil as she cradled her growing baby bump, she wrote, "We would like to share our love and happiness. We have been blessed two times over. We are incredibly grateful that our family will be growing by two, and we thank you for your well wishes. - The Carters."