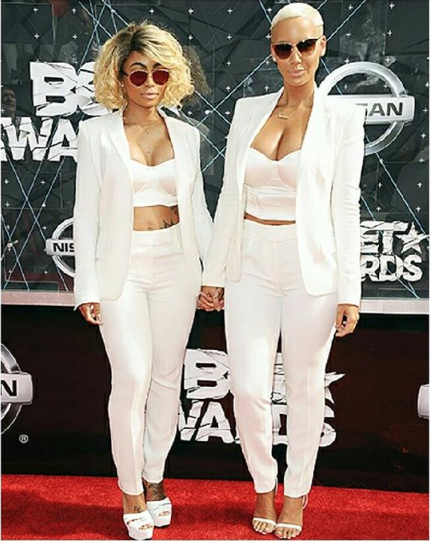 The 28-year-old star is currently expecting her second child, but first with Rob Kardashian, and has been documenting her changing figure on social media. Earlier this month  she told fans she "loves" her growing belly, but she's determined to get on a detox after her tot arrives. And it looks like friend Amber, who has son Sebastian with ex-husband Wiz Khalifa, will be on hand to help her on her weight loss journey. She's been speaking to Amber Rose about how quickly she'll be able to drop the extra weight and is planning daily workouts that include an hour of weights, 240 squats and pole training." Currently Blac, who has son King Cairo with ex Tyga, is tucking into whatever she wants, like pizza, chips and various other fast foods. That's all going to change when she's a mother again though, as the source adds she'll be following a high-protein, low-carb diet full of meals like jerk chicken salad. She's also said to be planning a revealing photoshoot after giving birth, like her future sister-in-law Kourtney Kardashian, 37, did in 2015 after giving birth to her and Scott Disick's son Reign in December 2014. She's determined to be sexier than Kourtney was and wants it to be a shoot that people talk about for years to come.