Pharrell recently revealed his wife had triplets and Beyoncé broke the internet with her twins announcement. But it doesn’t end there, the string of celebs expecting and having babies continues. Mandla and Rabia Mandela Madiba’s grandson announced that he and his wife are expecting their first child. On social media he made the big announcement by saying: “ALHAMDULILLAH” an Arabic phrase which roughly translates to “praise be to God”. Mobi Dixon Speaking to TshisaLive, the DJ revealed that his son was born on his birthday. “It was my birthday on Sunday and this was the greatest gift I could have asked for. I am so happy to be a new dad. I am feeling great. It’s been an amazing last few days with our little one. I know that it is a great responsibility to be a father to a young boy but I am ready to be there for him,” Fikile “Fix” Moeti The 5fm DJ took to social media to announce her pregnancy. Jokingly she jumped on the Beyoncé bandwagon and imitated her pregnancy reveal pose. Natalie Portman The actress is expecting her second child with husband Benjamin Millepied. Ciara 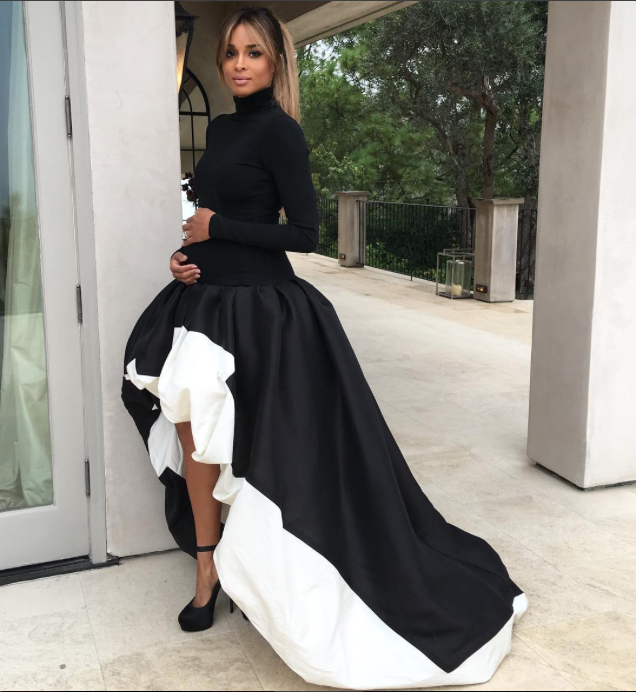 The singer took to Instagram last October to share how she and hubby, Russell are expecting their first child together. However, Ciara is already a mom to son she shares with rapper Future.