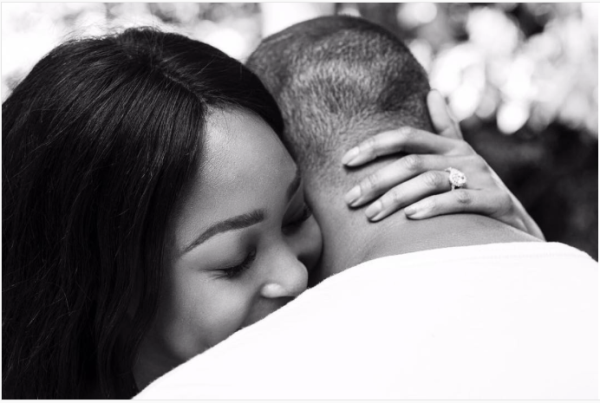 After splitting from ex-hubby and actor Sisanda Henna, Bonnie has once again found love in the arms of her new bae. Unapologetic about her newfound happiness with her man, the actress and talk show host is often vocal on social media of her appreciation for her boyfriend. After a much publicised relationship and even more public break-up with soccer star Itumeleng Khune in 2014, Minnie kept her love life a secret thereafter until her massive announcement in December that she was engaged to TV producer, Quinton Jones after two years of being together. When the Quantico star first broke into the industry we knew her ex was sports presenter Walter Mokeona. We also knew that they had been engaged and have a child together. Today, the star is engaged to sports guru, Robert Marawa, her #MCE (Man Crush Everyday) The Idols SA presenter and his ex-wife Onalerona called it quits In December 2015 when their marriage was hit with infidelity claims. Since then, it seems the father of two has found love in former Miss SA Liesel Laurie. They both denied their relationship at first but it seems they are more open about it now. After a much-publicised break-up from her ex and rapper AKA, Zinhle these days has found love and happiness with her Mr Bond, real name Brandon Naidoo.

It seems her ex and actor, Atandwa Kani is old news for the Our Perfect Wedding presenter as she often hints of her new bae on social media.