Cinnamon may reduce damage of a high-fat diet 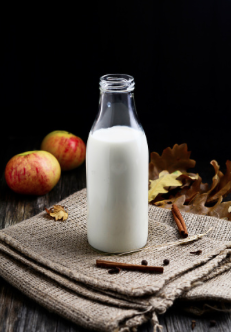 Cinnamon may reduce the negative health impacts of a high-fat diet, researchers claim. Academics investigating cinnamon's health benefits have found that the popular spice might be able to lessen the risk of heart damage from a high-fat diet by activating the body’s antioxidant and anti-inflammatory systems and slowing the fat-storing process.

Presenting findings at an American Heart Association conference, researchers explained they had conducted a study into the effects of the spice on rats, feeding them cinnamon supplements for 12 weeks along with a high-fat diet.

They found the rats that ate cinnamon weighed less, had less belly fat and showed healthier levels of sugar, insulin and fat in their blood, compared to rats that did not receive cinnamon with their high-fat foods.

"Rats fed cinnamon also had fewer molecules involved in the body’s fat-storing process and more antioxidant and anti-inflammatory molecules that protect the body from the damages of stress," the study authors stated.

While the study was conducted on rats, the researchers are hopeful that similar results will be seen in humans.

Cinnamon can be enjoyed in everyday life as a powder sprinkled on toast and cappuccinos or mixed into various dishes.

But extracts from the bark of the cinnamon tree have also been used traditionally as medicine throughout the world.

However, when adding cinnamon to food, it is recommended that people have no more than half to one teaspoon (2-4 grams) of powder a day, as very high doses may be toxic.