Since then, the couple have been sharing cute videos and pictures of the tot on their social media pages, and the All Of Me singer couldn’t help but gush about his family in a new interview. 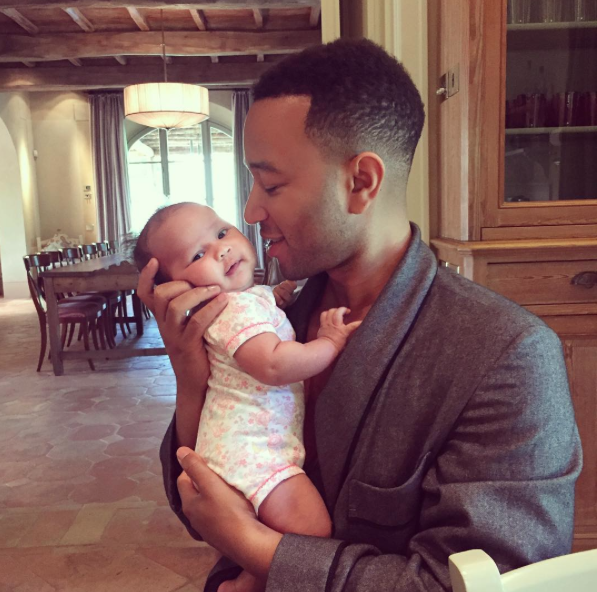 "I think it shifts your priorities a bit, gives you a new perspective," he smiled to Notion magazine. "You realise what’s important for you, for your family and for your career."

"It just takes over your life when you have a child. I spent a lot of time at home with her for the first three months and with my wife, you know, it just humbles you."

It's the process of learning to adapt to having a child that John thinks unites new parents.

"Everyone struggles with being a new parent, everyone’s trying to figure it out and I think it’s a humbling process," he added.

John is a relative newcomer to the music industry when compared to his peers, having released his debut album Get Lifted in 2004. Since then, he has become one of the world's most beloved singers, and even won the Academy Award for Best Original Song alongside Common for their track Glory from the movie Selma.

But John told the magazine he is grateful he was older when he first made a name for himself, because he had a better grasp on reality.