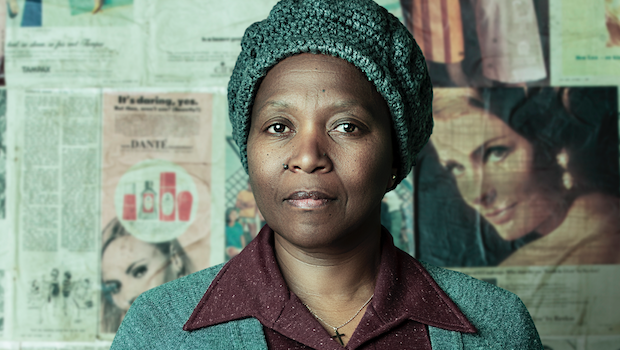 The local drama film, based on Elsa Joubert’s novel The Long Journey of Poppie Nongena, is currently receiving rave reviews. This is not surprising as the woman who brings it to life is talented actress Clementine Mosimane. She takes us through her journey of playing the character of Poppie.

How was it portraying Poppie Nongena?

Bringing Poppie to life wasn’t easy. Fictional stories are always easier to portray than a true one. We all know the history of our country, which made this a bittersweet experience.

Why did you agree to be part of the film?

I agreed to play Poppie because I loved her story of strength and resilience. For years, I’ve wanted to play her character. So, when the opportunity came along, I took it. I believe that all women are Poppie in their own right, where they fight their own battles in their own ways. Some women are fighting domestic violence while others are fighting for a place in the workplace.

You speak Afrikaans impeccably – did you have to learn it for the role?

No, I didn’t have to learn it because my grandmother is an Afrikaans-speaking woman, born and raised in Cape Town. My mother also spoke Afrikaans, so I grew up speaking the language with my ouma. I really feel that this role was meant for me.

How did you get out of character after filming because it was such a heavy role?

I had to shake off the character when filming came to an end because if I didn’t, I would have been miserable. You have to separate the role and who you are. Praying before playing any role has always been able to help. I ask God for guidance to be able to portray the role honestly, without losing myself.

How do you feel about receiving such a massive role late in your career?

I feel honoured. Not many people have such opportunities in this industry. God is the giver of talent, and He’s my only secret to having staying power in the industry. All I do is ask Him for favour and blessings.

What is your ultimate dream role?

What’s the secret to your longevity?

It can only be God. If you’re just breaking into the industry, I would advise you to be humble, and respect your work and co-actors. Irrespective of the challenges we face with production companies and the industry at large, it all comes down to respect and how you fight your battles.

Catch Poppie Nongena in a cinema near you!