From Mzansi to the World! Real name, Lerato Malapo, has performed on stages across the world. In 2012 she was Best International Artist nominee at the BET Awards. The multi-award singer is also a budding actress and in 2011 made her film debut in the Italian movie, Italian Consul in which she had a lead role. In recent years Lira featured on  L'Uomo Vogue magazine, a male-oriented equivalent of the influential Vogue magazine Carol Tshabalala 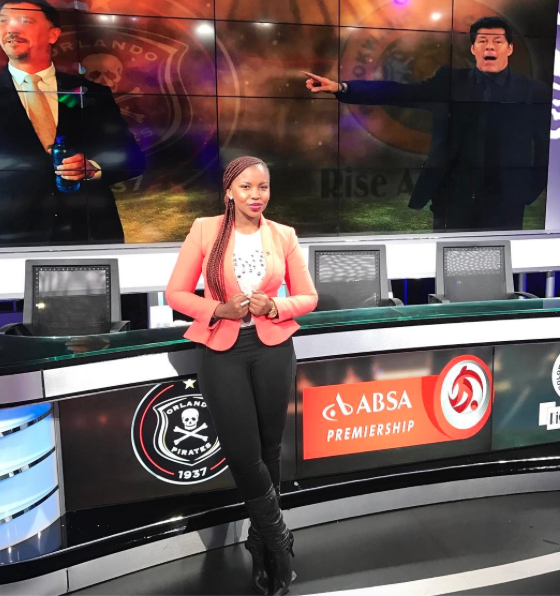 An established and recognized sports commentator locally, The First Lady of Sports and Supersport presenter has gone global and recently announced that she’ll be anchoring British soccer show, Football Today. In the past Carol also turned down a sports anchor position at American news site, CNN, saying: “For me, it didn’t satisfy what it is that I wanted to do, and how it is that I wanted to take my sporting career even further. And that’s why I say, what I’m doing now with SuperSport – I mean we do everything, you know. It really is a global broadcaster.” Terry Pheto On her very first major film in 2005, Terry starred in Tsotsi, which went on to win an Oscar award. From then on we saw her feature as the first South African to star on popular American soapie, The Bold and the Beautiful. After that, it was the internationally recognized movie, Mandela: Long Walk to Freedom (2013) starring alongside Idris Elba and Naomi Harris. Recently she starred as Winnie Mandela in Madiba a three-part American drama television mini-series documenting the true lifelong struggle. Charlize Theron What would this list be without Charlize Theron, our very own gal from Benoni who is one of Hollywood’s most recognized actress starring in a string of blockbuster movies including, Mad Max, Italian Job, Snow White and the Huntsmen and winning Best Actress for her role in the movie, Monster. Pearl Thusi Pearl’s currently nominated in the Favourite African Star category for the  Nickelodean Kids' Choice Award alongside  Yemi Alade, Funke Akindele Bello, Lupita Nyong’o, Trevor Noah, and Wayde van Niekerk.  Recently America’s Essence magazine named her on their “one to look out for” and of course she’s winning the American audience on Quantico as Dayana Mampasi.