Getting to know Patty Monroe 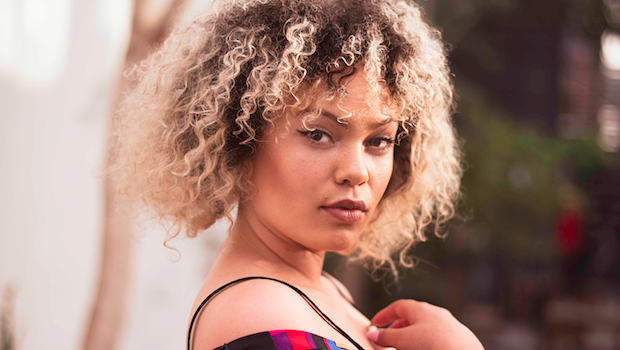 You might have seen her on stage performing at the inaugural TRUE LOVE All A Woman Needs Festival. Her bubbly energy is infectious and it’s no surprise that she believes in magic – she feels like she’s an angel having a human experience in Cape Town. The musician who was born Megan Steenkamp, but is known as Patty Monroe to the masses, has found a home in hip hop. We find out more about the woman behind the music.

Are you an early riser?

Yes, I must maximise my time on this planet and make money as well. When you wake up at 7 am, there’s someone around the world who has had a full day already. But, don’t get me wrong, I love naps [chuckles].

When did your hustle and flow begin?

I had the epiphany when I was in Grade 9 while in the exam venue. I had finished writing early and I happened to turn the page and write rhymes. I later went to my older brother who at the time was working with YoungstaCPT and told him that I wanted to rap. He told me to fill an A4 book with rhymes and he’ll take me seriously. Talk about tough love. That’s when my career started. I would always be surrounded by people who had so much love for hip hop and I found a home. There wasn’t any judgement and nothing mattered but how many fire bars you could spit.

How would you describe Patty Monroe?

I don’t want to be boxed in, I’m just a performing artist. I create what I love, and people can interpret my music any way they like.

Were there any moments of doubt while trying to crack the industry?

Oh yes! But do you know what doubt is? It’s a flicker of a flame and if you let it catch onto something, it burns stronger. I never let the self-doubt get the chance to grow. I acknowledged it and quickly decided to shake it off. You’ve got to be bigger than the problem and focus on the solution. You need to know that no one is going to save you.

How did the partnership with 4th STREET come about?

They liked me and I liked them, and we became friends [laughs]. I got a new family and friends in the past three months and I’m happy they chose me. Energy is important when partnering with someone or any brand.

How is it navigating the music industry?

It’s actually meant a lot of quiet time for me – I’ve stopped doing a lot of things for other people this year. I’m done showing people I’ve got things together. I did get things together in my own head and self. It can be a lot harder than putting on a face and pretending you’re good.