Hairstyles and race relations do not mix - Keke Palmer 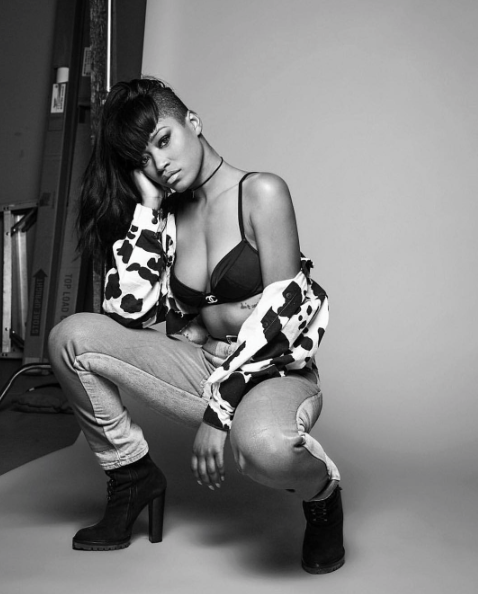 Ethnic fashion has become a hot topic in recent years as activists accuse celebrities and those trying to keep up with trends of cultural appropriation, ignorance, and disrespect for taking on the fashion and stylings originating in societies other than their own. But African-American Scream Queens star Keke believes most of the controversy surrounding the subject is nonsense, and when asked what she thinks about "white girls in braids", she called for inclusivity.

"To not be okay with it would be like saying black people shouldn’t get perms," the 23-year-old tells Galore magazine. "This goes back to my same message about labels… Having braids doesn’t make you black and having straight hair doesn’t make you white. We’re thinking too hard on things, honestly.

"I’m not really caring about whether or not someone who is not black got braids in their hair."

Keke adds, "I think the feelings that people have when they have adverse reactions to people that aren’t black wearing braids comes from the feeling that when somebody black does it, it’s not shown the same attention and love. But you can’t concern yourself with that. Are we fighting for attention? I’m not.

"If you’re respectful of the culture and you know about it and you’re educated on it and you know what you’re doing then by all means... My black girlfriend does henna and people try to tell her she shouldn’t be wearing henna and doing henna because that’s not her culture. You can’t go around looking at the way other people are perceiving you - it’s not fair to you. Don’t be a victim."