How love keeps you healthy 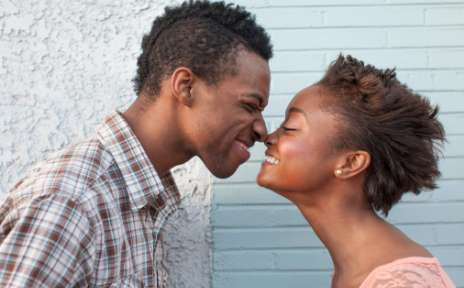 To make Valentine's Day-and every day of your life with your partner-beautiful, we've put together this special section. Find out how the cocktail of chemicals your body releases when you are in love keeps you healthy. Discover six fabulous yoga moves to try with your partner and give the hottest star couples a run for their money. And bond in 15 different ways: anywhere, anytime.

Get in the mood

A fulfilling relationship with your partner helps you overcome your daily challenges-a difficult boss, rush hour traffic, rising prices and random rudeness from strangers-and multiplies your joys. You have something (or someone) to fall back on every day (thank God!). You are calmer and securer. How could that not be good for you? But it's not just that feeling of high, or the sense of security that makes love so wonderful.

There's emerging evidence about the physical benefits of love too: sex, kinship and caring all improve heart health, boost immunity, lower stress and give that wow glow to your skin! In fact, it may not be long before doctors prescribe steamy sex, romantic getaways and compassionate communication in addition to a healthy diet, exercise and sleep. Sounds good? Explore love with your partner to bring on happiness and cash in on the health gains.

A 2007 study from the University of Pittsburgh found that women who are in good marriages or relationships have a much lower risk of heart disease than those in high-stress ones. "This is possibly because being in a loving relationship reduces stress, which is a major risk factor for heart disease," explains Dr Anil Mishra, medmedical director and senior consultant interventional cardiologist at Kolkata's BM Birla Heart Research Centre.

It's equally beneficial for men: men who have sex twice or more a week are up to 45% less likely to have a heart attack and stroke than those who have sex once a month or less, according to several studies.

Studies have shown that lovemaking increases the levels of immunoglobulin A, an antibody that is the body's first line of defence in fighting bugs that cause diseases and infections. This gives your immunity an overall boost helping you keep diseases at bay.

One of the most concrete pieces of evidence comes from a study by Carl J Charnetski, PhD, a professor of psychology at Wilkes University and co-author of Feeling Good Is Good for You. He measured the immune function of 112 college students, many of whom were in close, loving relationships.

He found that those who had sex with their partner once or twice a week had higher amounts of immunoglobulin A than those who had sex less than once a week or not at all. Charnetski was, however, surprised to discover that the immune systems of those who had sex three or more times a week were comparable to the no-sex group. According to Charnetski, the possible explanation for this was that "couples who have sex just once a week are simply in healthier, more secure relationships and have nothing to prove."

It helps you fight cortisol

"Research on the neurobiology of love has shown its impact on several hormones and neuro-transmitters," says Prevention advisor Dr Prabha S Chandra, professor of psychiatry, National Institute of Mental Health and Neuro-Sciences (NIMHANS), Bengaluru. Romantic love, triggers the release of several neuro-transmitters such as dopamine, neuro-hormones like oxytocin and neuro-peptides like endorphin, that have an overall bearing on stress and well-being.

"These happy chemicals have a positive effect on your cerebral (and physical) ambience and seem to dispel disease-and-stress-inducing negative chemicals," explains Dr Jitendra Nagpal, senior consultant psychiatrist, Vidyasagar Institute of Mental Health and Neuro-Sciences (VIMHANS) and Moolchand Medcity, New Delhi. The release of oxytocin, for example, evokes feelings of contentment, calmness and a sense of security focussed around your partner. Combined, all of these help to reduce stress.

Sex, experts emphasise, is only one aspect of love, important, but not as powerful as the real magic in relationships-bonding. That sense of being united, even when bad times strike, is what Brian Baker, a psychiatrist at the University of Toronto, calls cohesion. And Baker's research has found that cohesion is crucial to both health and happiness (more than a good sex life!).

In one study, he tracked 229 adults under job strain. Though they had higher BP to begin with, spouses in pleasurable marriages actually helped to lower systolic BP by 2.5 mm/Hg over a 12-month period.

He also found that happy couples seem to know almost instinctively that doing things together and spending more time with each other adds to their happiness (see Work Out Together and Come Closer). It's not that sex didn't matter to these couples. "It's one component of satisfaction, but at the end of the day it was their emotional collaboration that kept the marriage strong," Baker adds.

It keeps you fit

Sex is a fantastic workout! Says Dr Sudhakar Krishnamurti, andrologist, micro-surgeon, sexual medicine expert, and founder of Andromeda AndrologyCentre, Hyderabad, "A vigorous round of sex can burn mega calories!" Studies say it can vary from 85 to 200 calories depending on the intensity and duration.

This is the equivalent of walking between half an hour to an hour on the treadmill. "If it's vigorous, the pulse rate rises to about 150, which is equivalent to an athlete's pulse rate at maximum effort. Plus, the sexual act builds the muscles of the pelvis, buttocks, thighs, arms, neck and the thorax," says Krishnamurti.

Mumbai-based Reebok master trainer Vinata Shetty explains that the pelvic floor muscles that you build through sex not only prevent conditions like urinary continence but also lead to improved core strength.

It makes your skin glow

Sex increases blood circulation which pumps oxygen into your skin, making it glow. "Also, when you are happy (and love does makes you happy, right?), your endocrine system (that regulates your hormones) functions properly, creating a good oestrogen-progesteron balance that has a good effect on your skin," explains Mumbai-based dermatologist Dr Aparna Santhanam.

Get in the mood for love, people. Getting healthy will never be so much fun!