How to take over from uGogo 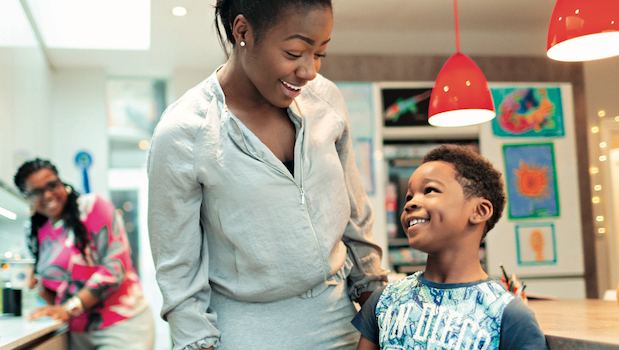 There’s something incredibly heart-breaking about watching your child’s form recede from your car’s rearview mirror as you leave them behind. The panic and anxiety that grips you is so strong, you physically have to force your foot to stay on the accelerator, to stop you from obeying your natural instinct to turn back.

The first time I experienced it, my baby girl was a four-month-old shrieking and wriggling bundle in my sister’s arms. Her cries were the soundtrack to my tears, as I cried my way from Cape Town to Port Elizabeth, where I was starting a new job.

Nine years later, it was my sister’s turn to shed tears behind her oversized sunglasses as she bid farewell to her “last born” at the airport. I, Babalwa, was finally going to be a full-time instead of the part-time ATM parent I’d been for nearly a decade. I was sure I’d ace this with little to no effort. After all, how difficult could it be to become a “cool mom” to my nearly 10-year-old daughter?

The shift to full-time mommy was nothing like the fantasy I’d created. Yes, there were sushi and ice cream dates. Yes, we cuddled on the couch and binge-watched the Powerpuff Girls and Shaun the Sheep. But we were no longer on the school holiday clock. Our relationship needed to reflect  a full-time schedule.

All too soon, we were butting heads. There were tears and tantrums on both sides, moody silences that stretched on for days. I became a ball of stress and anxiety, and she a sullen passive-aggressive youngster.

WANT TO READ THE REST OF THIS ARTICLE? GRAB THE APRIL ISSUE OF TRUE LOVE, ON SALE NOW!