How to tame his overbearing mom Okay, not all mother in-laws are bad, but if yours is trying to sabotage your relationship, here’s what you can do. 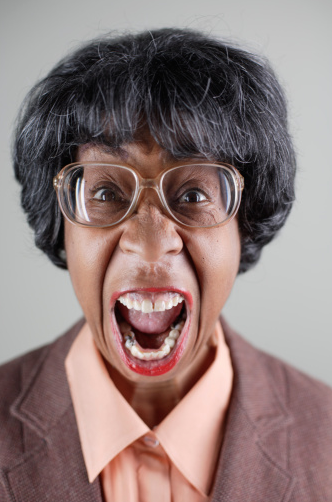 Is she a control freak? According to her, she is the only one who knows what’s best for him. You don’t have to fight fire with fire. You can put her in her place by allowing her to make suggestions. If they’re great, praise her for them. If you think your ideas are better, tell her and then do it your way. She turns everything into drama She always has an emergerncy that conveniently happens when you and your man are spending time together. She’ll call a hundred times to say that she needs a lift somewhere, or she’s sick. When you get there, problems would have miraculously solved themselves. To solve this one, you’ll should call her out on her lies. Don’t wait until you explode, or end your relationship. Confront her as it happens, and she’ll know you’re on to her, plus your man will also see her skeeming. She’s clingy She just simply won’t let go of him and tries to keep close to her as possible. Well, it’s okay to give her some time to adjust to the fact that you are now in his life. And recruit your man to help wean her off. She loves his ex According to her, his ex is the best thing that ever happened to her son. And you are nothing compare to the ex. Tame her by not paying attention everytime she brings the ex up in a conversation. She’s trying to get a reaction out of you, don’t give her the satisfaction. She’s cold Some mothers in-laws will not like you for years, because that’s how they were treated by their mom in-law. She doesn’t think much of you, will side-eye you as much as she possibly can, and ignore you. Don’t take it to heart; she’ll probably act this way for as long as she wants and there’s no much you can do about it. Be kind whenever she tries to show kindness to you. It may be rare, but can change things in the long run.