“I have blind faith in God’s plans” - Jo-Anne Reyneke 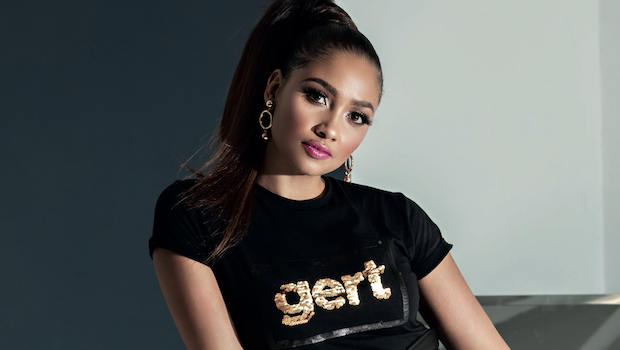 Without sensing any fear or emotion about being jobless, I ask Jo-Anne if she has a gig lined up (her contract on Isidingo has come to an end), to which she answers, “No” before adding, “I’m not waiting for a role, I’m preparing for it. I can feel there’s a role out there being created for me. I’m only ever unemployed for a month or two. Beyond that, I’d probably move back home,” she quips. Jo-Anne possesses the type of faith that, as described in the Bible, could literally move mountains.

What makes you so fearless in an industry where the scarcity of roles should be weighing heavily on your shoulders right now, I interrogate. “Firstly, I always try and pay ahead for most things so that when dry times hit, the basics are at least covered,” she shares. “Secondly, I almost have this inability to worry, and that worries me. When all evidence points to the fact that I should be stressing, I’m still unable to.”

Jo-Anne says she sometimes feels that, while still in the womb, God gave her a preview of all the plans He had in store for her. “I believe I’m going to be okay so wholeheartedly that there’s no space for it not to happen. I have blind faith in God’s plans, but I also know that blind faith met with no hard work is stupid,” she says resolutely.