“I watched a lot of YouTube videos to understand being a teen drug addict” – Anathi Seyisi on her character on e.tv’s Harvest. 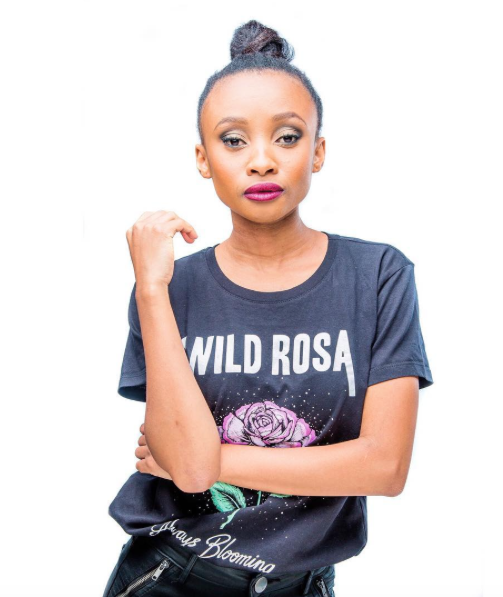 At first I didn’t have an idea of who would be on the show and only knew I was playing this big character. This is my first acting gig and it’s been a big learning curve for me. I had no choice but to fly with it. There’s no intimidation or anything because everyone in the cast is friendly and we all get along and we’re a family. I’m in such awe of their talent.

How are you dealing with your new-found fame?

I’ve learnt to detach myself from the character, Ndoni is a very bad girl – she’s on drugs, swears at her mother and she’s a lot. When people on social media comment on her, I’ve come to understand that it’s not about me but the character.

What’s your background in entertainment?

I host the weekday early morning slot on YFM and my breakthrough on TV is hosting e.tv’s Craze. Harvest was looking for a young Xhosa girl to play Ndoni and they asked me to audition. At first I was hesitant as I thought of myself only as a presenter. They persuaded me to audition and I got the role. Needless to say, I love acting because it’s the only craft where you get to create a human being that will connect with other people. Ndoni is very different from me and I love that I get an escape with her. It’s been so much fun.

Ndoni is a drug addict, have you had any experiences with drugs?

The crazy thing with the character is that I had to watch tons of YouTube characters to get a sense of what it’s like to be an 18-year-old drug addict. What I found is that with drug addicts they are mostly emotionally broken people, it was easier to get to that place and find why she’s so broken. It’s fun to act something I’ve never been and it’s interesting to find that the character uses drugs as an escape.

Has anyone close to you had a struggle with drugs?

I have a mutual friend who was a drug addict and I take some of her actions and mannerisms and put them into Ndoni.

Where were you born and raised?

I’m from Knysna in Khayalethu. The area I’m from wasn’t affected by the recent fires by the grace of God. I moved to Joburg at 18 to study law at Wits. That’s when I got introduced to campus radio and I joined Voice of Wits (VoW). Through VoW, YFM caught wind of me and approached me to join the station. And through YFM I got onto Craze.

What do your parents have to say about your career?

My dad was weird about it at first and worried about the entertainment industry being unstable. But he’s happy, proud and supportive. My mom had an idea I would eventually get into entertainment because of my bubbly personality. There’s five of us at home and I’m the middle child between two brothers and sisters.

Who do you look up to in the industry?

I admire Thando Thabethe’s ability to be an all-rounder, and I look up to talk show host and radio personality Anele Mdoda.