Is he Abusive? Look out for these signs. 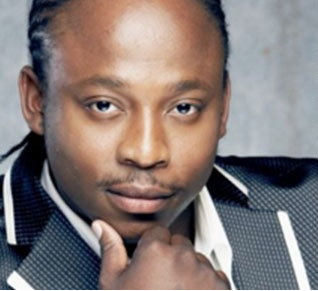 What do Chris Brown and Thabiso Mokhethi have in common? They have been accused and found guilty of woman abuse. Dr Lesley Anne Voster, founder of Masimanyane – a women’s support centre – says that violence against women is about power and control. It happens because we’re socialised into believing that women are weaker than men and need to be controlled.  It’s not always easy to spot an abuser. Pearl Ramotsamai, relationship expert at Famsa, says a woman may not realise that she’s in an abusive relationship because a partner carefully selects whom to abuse, when and where. They usually don’t threaten or assault anyone and save the abuse for the people closest to them. These are the signs to look out for: 1. Bad temper No matter what he does to make up for it, an unpredictable temper can sour your relationship. Signs: “He’ll pull stunts such as destroying the woman’s belongings and may also threaten to hurt the children. He’ll even criticise and humiliate her in front of her friends and family. The man sees her as his property rather than a person and blames her for his behaviour,” says Ramotsamai. It could start off with small things, such as poking your forehead during an argument. What to do: What you tolerate once will show him what he can do to you in future. Know when to put a stop to someone stripping away your dignity. Tell him what is unacceptable to you. 2. Disrespecting others Whenever you go out for dinner, he’s bound to throw a tantrum or shout at the waiters, often over petty issues. Signs: He feels the need to display his power and intimidate people. You should be wary of someone who throws public tantrums or treats women badly in public. These people will often try to be nice to you by buying expensive gifts after these incidents to sugarcoat the situation. What to do: The first time you noticed this behaviour it should have been a sign that he’s not worth your time. 3. Jealousy Jealousy arises when one partner feels that the relationship is being threatened, and they may act inappropriately to try to remove the threat. Signs: A jealous partner will compete with you in many aspects and try to put you down. You might feel as if nothing you do will ever be good enough. The feeling of inadequacy stems from the woman’s own low self-esteem. What to do: You will see the symptoms that point to jealousy early in your relationship. Exports suggest that as soon as you see them, you should remember your own self-worth and not accept the jealous behaviour.  4. Stalking Women sometimes fall for an abusive man because too often we translate obsession as love. And sometimes that obsession goes so far that it becomes stalking. Signs: You come out of an hour-long meeting to find 15 missed calls from him. He sends countless SMSes to find out where you are, what you’re doing and who you’re with. “Unfortunately there’s no way of predicting whether a potential partner will show obsessive behavior in future,” says Ramotsamai. Obsessive people are usually insecure about themselves and lack trust in the relationship. What to do: Look at his relationship history. You can also ask his friends about his past relationships. If he’s been obsessive in the past, he might treat you the same way. It’s better to find a partner who trusts you. 5. Isolation Abusers love being in control and one way they do this is to make their partner more dependent on them. Signs: “He’ll cut you off from the outside world, keeping you away from family and friends who might want to know the details of your relationship,” says Ramotsamai. “In extreme cases, he can prevent you from going to work. Permission has to be granted for you to do anything, go anywhere or see anyone.” What to do: Do not be embarrassed about what people will think of you. Instead, put yourself first. It’s a good idea to open up to someone or go for professional help. If you feel ashamed or worry that your friends might judge you, go to someone neutral for counselling.