Jaden Smith is the face of Louis Vuitton WOMANS WEAR! 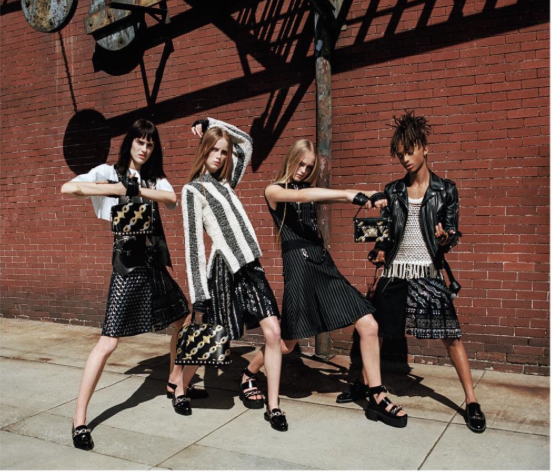 Jaden Smith, the son of Hollywood stars Will and Jada Smith has been revealed to be the face of Louis Vuitton for their Woman's wear campaign. Jaden Smith is known to be very eccentric and is often seen wearing skirts comfortably. The new campaign features Jaden being the only male modelling amongst females on a sidewalk. He made headlines last year when he wore a white dress to his prom and has made no secret to enjoying women clothing. Jaden has been very vocal on social media about his personal style, being an individual and choosing not to conform to the standards of society. He has been quoted as saying: 'I’m just expressing how I feel inside, which is really no particular way because everyday it changes how I feel about the world and myself,' he said.  This is what Fashion is about at the end of the day, self expression. Pictures: Instagram