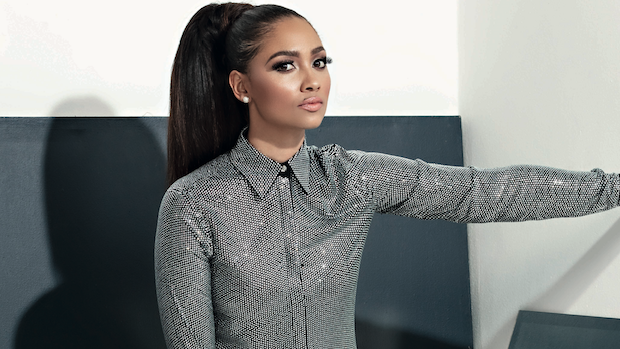 Following her much publicised breakup with Thami, after being together for almost ten years, Jo-Anne has been single for two years. The pair were never married, she quickly clarifies, adding that this was one of the biggest rumours she’s had to dispel for years. And the rumour couldn’t have happened to the worst person. “I personally don’t believe in marriage. I am, however, open to commitment. I don’t see how marriage will keep someone from cheating and it definitely won’t keep us together,” she reasons.

Not one to care much what people think of her, Jo-Anne says news of their breakup being sprawled all over the media didn’t affect her in any way. “People don’t pay my bond, so I pay them no mind,” she jokes. Instead, it made her more guarded because she didn’t know who was leaking details of her private life to the press. Detailing what led to the deterioration of a love that was once the envy of many, she launches into a long explanation about how individuals sometimes grow in different directions in relationships.

“The more you grow into your own, you put up new boundaries and discover new things that you’re not willing to stomach. You grow balls and want to exercise your bravery,” she says, sounding like a dating coach of sorts. The pair met when Jo-Anne was 19, and called it quits when she was 28.