The singer has been one of the most vocal celebrity Trump critics and he feels for his daughter Luna, who was born last year (16), months before Trump was elected.

"Hopefully, Trump's America won't last very long and we get him out of here within the next four years," the All of Me star told Flaunt magazine. "By the time Luna is old enough to be aware of what is happening, America would have elected a far better president. 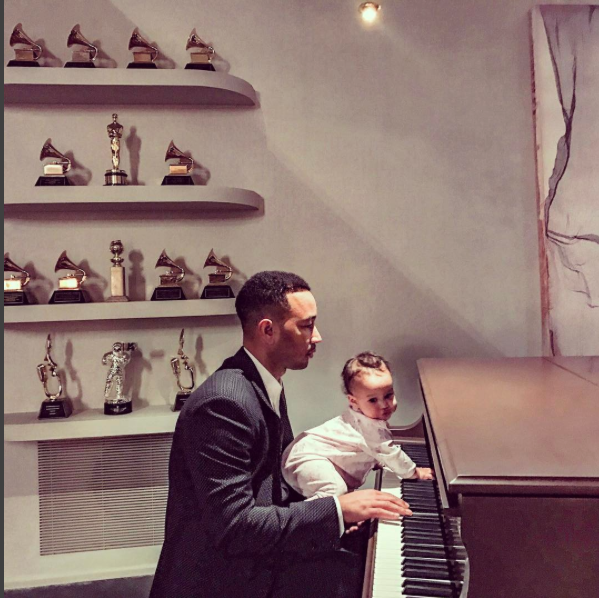 "Trump promised to do things which are really bad for the country and some which are good and the hope is he'll just do the good parts, but I don't have a lot of faith in him. I'm just hoping for the best and when we need to resist and speak out, we need to hit the streets and do it.

"For now, I'm more worried about the people less fortunate than my daughter; people who might lose their healthcare or get excluded because of the colour of their skin, their religion and country of origin."

Legend was referring to Trump's so-called 'Muslim ban', which he introduced last month (Jan17) in an effort to keep immigrants and refugees from seven Muslim-majority countries out of America.

His executive order has been thrown out by U.S. lawmakers, but Trump is still fighting to install the travel ban and keep people from Syria, Iran, Iraq, and other Middle Eastern nations out of America.

Legend addressed the controversial policy at the Producers Guild Awards in Beverly Hills last month (Jan17), stating, "Los Angeles is the home of so many immigrants, so many creative people, so many dreamers. Our America is big, it is free, and it is open to dreamers of all races, all countries, all religions.

"Our vision of America is directly antithetical to that of President Trump. I want to specifically tonight reject his vision and affirm that America has to be better than that."

He later took to Twitter to comment further on the immigration restrictions, telling his followers: "Shame on America. Shame on Donald Trump."