Caitlyn transitioned into a female from her former identity of Bruce Jenner in 2015. Her family's reactions to her decision to live life as a woman were chronicled in their reality shows Keeping Up with the Kardashians and I Am Cait, with Khloe appearing to be one of the relatives who found it the most difficult to come to terms with Bruce's decision. 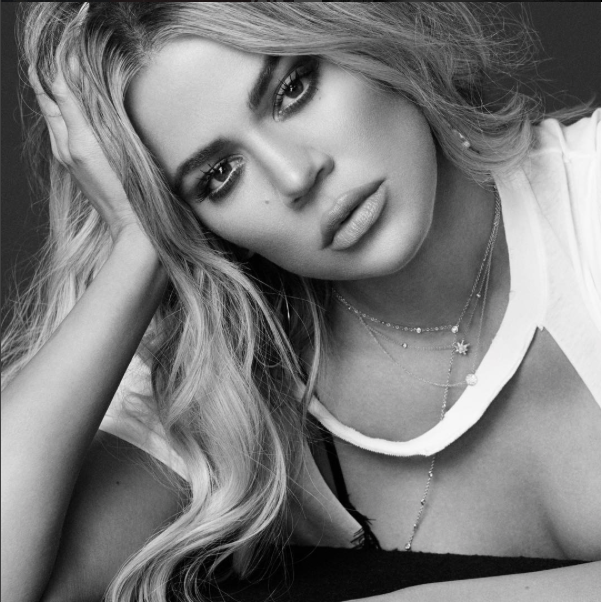 Khloe has overhauled her life in recent months, and is now sporting a svelte figure that comes from regular workout sessions. She has also been using her own story to motivate others on E! show Revenge Body, and in a new blog post on her website entitled Why I'm Thankful For Revenge Body, Khloe explained her new regime has proved vital in helping her cope with difficult times in her life.

"My fitness journey was mine alone. I did not realise that taking the steps to be healthy - to gain my strength mentally and physically - would help get me through my divorce, the criticism that I get on a daily basis or my stepdad's transition," she wrote.

During her hardest times, such as her split and eventual divorce from basketball player Lamar Odom, Khloe turned to food, and "ate" her feelings.

"I'm an emotional eater. I had to train myself not to turn to a gallon of ice cream or order three pizzas in secrecy and eat them all, like I used to," she continued. "Before, when I felt sad, I didn't talk about how I felt. I would just eat my feelings. You could tell, by my bad skin and because I was losing my hair. I wasn't getting the right nutrients. When I started going to the gym, I realised that if I felt frustrated, I could figure it out by working out. I never did it for any other validation. It was all for myself."

Now Khloe is hoping that her journey will help others on Revenge Body to "find the light" that she didn't have at the beginning of her life. She also emphasised that getting into shape wasn't "a quick overnight thing, it's a lifelong struggle and a battle".

"I didn't have someone to look up to or someone that just kept it f**king real with me," she concluded. "It's taken three years of this, and I'm finally in the last few months of my journey. People are like, 'You look so good,' and I'm like, 'I've been going to the gym for three f**king years.'

"The message of Revenge Body is to discover the reason you started getting into a dark place - and how you really can get out of it."