Kourtney Kardashian and Scott Disick are "totally getting back together one day", according to Khloe Kardashian. 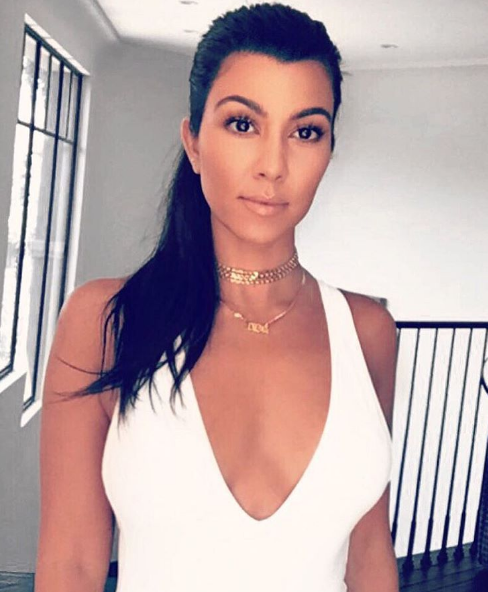 The former couple started dating in 2006 and have three children together - six-year-old Mason, four-year-old Penelope and 20-month-old Reign. They announced their separation in July, 2015, after a difficult few years for Scott following the death of both his parents and a trip to rehab to deal with his alcohol addiction.

While Scott is back on a healthy path, Kourtney is not rushing to get back together with her ex, but her younger sister Khloe Kardashian thinks a reunion could take place at some point.

"You guys know they're totally getting back together one day," Khloe said of Kourtney and Scott during the mid-season finale of Keeping Up with the Kardashians on Sunday night (04Sep16).

Kourtney also discussed the possibility with her siblings during a frank conversation later in the episode.

Elsewhere in the episode, Rob Kardashian was seen having an epic fallout with his pregnant fiancee Blac Chyna. While his relationship has caused controversy from the get go, due to Chyna having a child with Tyga, who is dating Rob's half-sister Kylie Jenner, it was up to sister Kim to step in and help him following the row.

She called Chyna to find out what had happened, with the former stripper revealing she was struggling with Rob's lack of motivation.

Later Rob told his siblings that he and Chyna had put their differences behind them and made up, explaining: "It takes either one person to man up... obviously that's gonna have to be me. But at the same time, I'm not gonna argue with a female. My plan is not to have a kid with somebody and not be with the person, that's just bizarre to me."