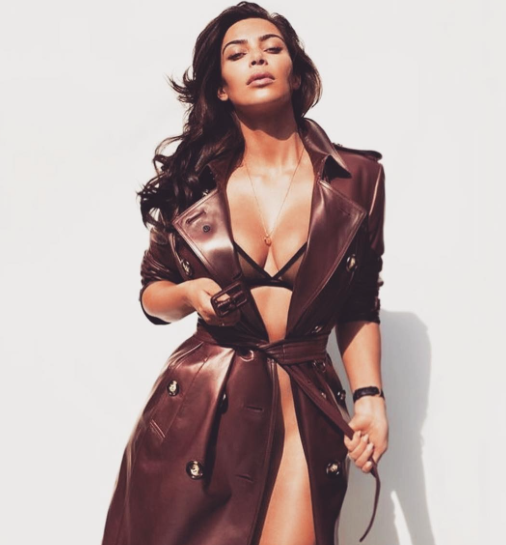 Kim Kardashian gets regular injections in her famous rear end to combat the skin condition psoriasis. The 35-year-old opened up about the procedure with her fans on Monday and confessed to having an injection that made her behind look rather strange.

Speaking in a live stream with fans, she said of the incident a few years ago, "I went to go get a cortisone shot in my butt. I lived right by (Los Angeles boutique) Kitson. One of my neighbours was a dermatologist at (Cedars-Sinai Hospital).

"There is a picture of me in Miami wearing an electric blue dress, and another picture of me walking down Robertson (Boulevard in Los Angeles)," Kim added. "You see the indent. And I think that’s when the rumours started: ‘She’s had implants.’"

Us Weekly published the photos on Monday of Kim back in 2009 in Miami, and there is a clear indent in the reality star's rear end.

She recalled in the live stream she first learned she had the condition because her mother, Kris Jenner, pointed out a rash on her leg. Psoriasis is a skin condition that causes red, flaky, crusty patches of skin covered with silvery scales.

And the mother-of-two confessed she still gets injections to help with the skin condition. "Every few years I get a cortisone shot,” she said. “I just got one as my psoriasis was so bad in Vegas."

She revealed she suffered from psoriasis during a 2011 episode of Keeping Up with the Kardashians, when an angry red rash covered her stomach and legs. The star worried her career was over after she was diagnosed with the hereditary condition, which was passed down to Kim from her mother Kris.

"I got it for the first time when I was exactly your age," Kris told her daughter in the 2011 episode. "I cried myself to sleep for months."