Kim Kardashian denies she dressed daughter North in a corset 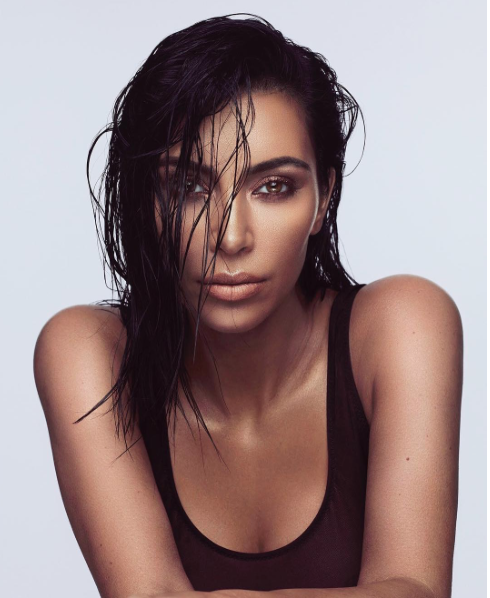 Kim Kardashian has hit back at criticism over pictures which appeared to show her four-year-old daughter North wearing a corset dress. 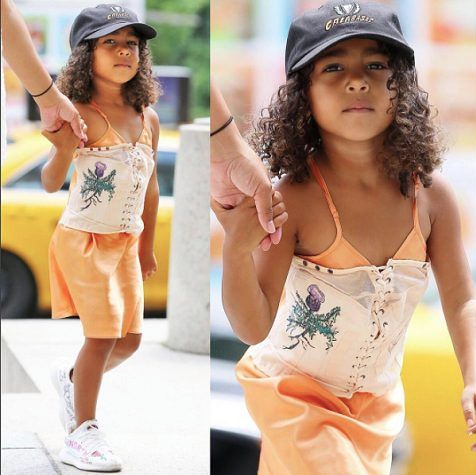 The reality star is known for pushing the boat out when it comes to her children's ensembles - somewhat unsurprisingly considering her husband Kanye West has had huge success designing his Yeezy clothing lines.

However, Kim found herself at the centre of controversy once again when she shared a snap of herself and North earlier this week (beg10Jul17), with the young girl wearing what looked like a peach coloured slip dress with a cream corset over the top.

The outfit led to hundreds of complaints from people who slammed the mother-of-two for putting her child in a corset.

But the Keeping Up With the Kardashians star responded to the haters on Wednesday, insisting the outfit didn't include an actual waist-cincher - it was just a design illusion.

"This dress that I did not design, I actually bought, is not a corset," Kim said in a video posted on her Twitter page. "It's just fabric on the front that looks like a corset… I think it's really cute. I bought it from a designer. It's just fabric, people. It's not a real corset."

She captioned the clip: "I would never put my daughter in a corset!It's a dress I bought that is a cotton fabric that laces up & looks like a corset! Just decoration." The controversy comes just weeks after Kim and Kanye launched their children's clothing line The Kids Supply in May, with looks including a yellow sequinned dress and matching fur jacket previously modelled by North.

"For the past few years Kanye and I have made almost all of our kids’ clothes and we have collaborated on a new kids line!" Kim told her fans on Twitter ahead of the launch.

“The Kids Supply has been what we've been working on for a long time. I'm so excited about this! All of my friends would ask where we get our kids clothes so now they will be available!"