The reality star is apparently done with allowing the rapper and designer to dictate her look after her wild outfits are being heavily criticised. Though Kim also works with stylist Simone Harouche, it seems that Kanye, who showed his Yeezy Season 4 collection at fashion week, was the one who put together those controversial ensembles. But now it seems the Keeping Up with the Kardashians star has had enough. “Kim’s finally claiming back her wardrobe,” an insider close to the reality star told Britain’s Heat magazine. “They’ve always had drastically differing views on fashion, but she trusted him. But after Kim was mocked relentlessly during New York Fashion Week, she told Kanye she doesn’t require his fashion advice anymore.” Kim previously spoke about asking Kanye’s opinion on what she wore, and admitted he helped her put her looks together. “Kanye sees my body obviously every day, so he can understand what works well on my body type, so it’s been really fun to dress and we try things that work and some things that don’t work,” she told CNN style last year. However, the brunette beauty has returned to working with top stylist Harouche over the summer, and she recently put together a racy look for Kim’s night out with her beau in Miami, styling the curvy star in a black lingerie corset with a thong back and a sheer dress on top. 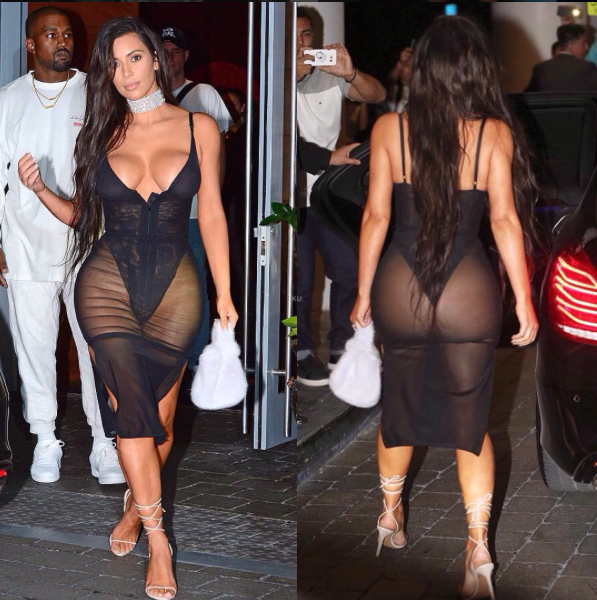 Kim has fought hard to win back her pre-baby figure following the birth of her son Saint, nine months. It seems her wardrobe still has some way to go. “Kim loves dressing like a 2007 ‘It’ girl again,” a source shared. “She’s started going through some of the old portfolios and notebooks to look for inspiration – it’s helped her to get that spark back. She’s glad to be rid of those terrible bodysuits and ‘concept fashion’ items.”