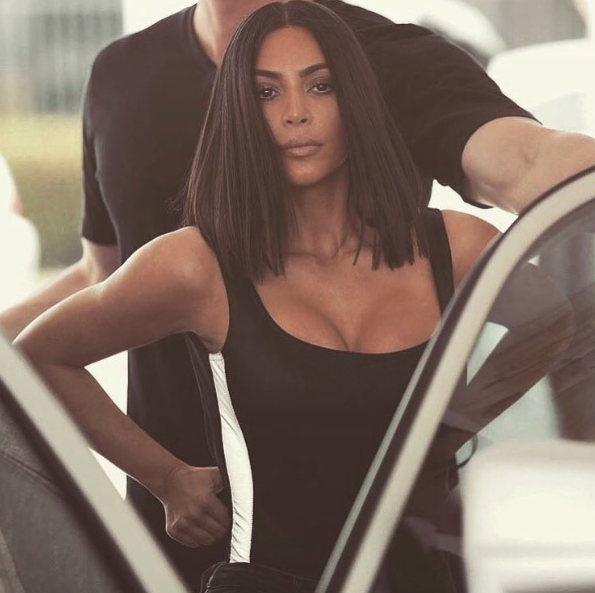 Kim Kardashian warned Caitlyn Jenner she would "come for" her for upsetting her mother Kris Jenner with her memoir during Sunday night's (04Jun17) episode of Keeping Up with the Kardashians. The transgender star has been hitting headlines with her autobiography The Secrets of My Life, in which she makes various claims about her ex-wife Kris, including that she knew of her spouse's struggles with her gender identity long before she transitioned into a woman.

Her other claims included that she had been a "punching bag" for Kris during their marriage, alongside allegations that her ex had been "hoarding" money for years during their relationship.

Kris' feelings about the book have been dominating the storylines on the family's reality show, and on Sunday, the matriarch's children got involved in the row.

After Kris asked Kim to read the book and see if she felt she was overreacting, the 36-year-old then opted to speak directly to Caitlyn about the issues raised.

Caitlyn attempted to defend herself, but Kim wasn't having any of it, telling the I Am Cait star: "If you turn on my mom and you continue to bash us, I can't - even for the sake of my sisters - spend time with someone who doesn’t care about my mother. Like, enough already."

Kris had earlier attempted to explain her feelings about the book to Kim, crying as she admitted she "felt sorry for" Caitlyn for remembering their marriage in such a negative way.

"If this is the way someone feels about me after 23 years and about all the wonderful memories that I have, it's just better for me to say, 'You know what? I have my own memories and they were great,'" she said. "The last five years were hard, but I still have those great memories. So I choose to be the bigger person and just wish them well. I feel sorry for her that this is how she has her memories."

While Kris had done her utmost to keep her kids out of her fight with Caitlyn, Kim added she thinks it's time the whole family knows the truth about their disagreement, explaining: "We're grown up. I don't think my mom has to try anymore. It's time to move on."