Kindness can boost your love and sex life 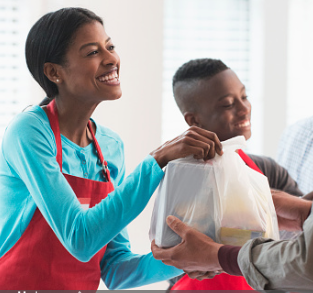 Let’s admit it, there’s nothing sexier than a man holding a baby, taking care of orphaned children, or standing behind the counter at soup kitchen feeding the hungry. And according to research, this goes both way, and can make women just as desirable to the opposite sex by being kind to the needy. The study published in the British Journal of Psychology shows that people who help others are more desirable to the opposite sex, have more sexual partners and more frequent sex. Talking to Science Daily researcher Pat Barclay said "This study is the first to show that altruism may translate into real mating success, and that do-gooders have more mates than non-altruists.” Lead author Prof. Steven Arnocky added: "It appears that altruism evolved in our species, in part, because it serves as a signal of other underlying desirable qualities, which helps individuals reproduce." According to the study, giving to charity, donating blood, helping strangers cross the street, donating winnings and helping classmates, are among the things that can make you more desirable to the opposite sex. However, "it's a more effective signal for men than for women," Barclay said. The study found that while altruism is a desirable quality among both genders, it affects men's lifetime dating and sex partners more than women's. The findings support previous studies on food sharing by hunters, which found that men who hunt and share meat enjoy greater reproductive success. The researchers hope to include a wider array of variables such as relationship length and partner quality in future studies. "Also, given the importance we place on attractiveness, resources and intelligence, it would be worthwhile to explore how individuals 'trade-off' altruism against other desirable qualities," Arnocky concludes.