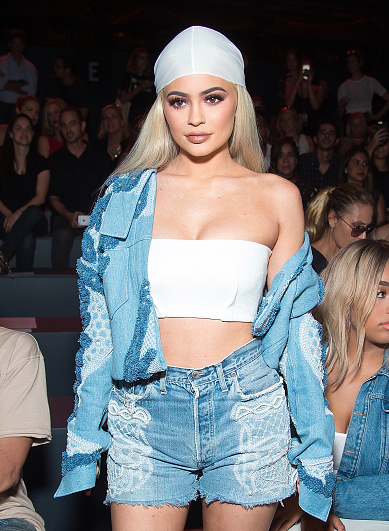 The 29-year-old took to the social media site on Monday (26Sep16) and raged at the Kardashian and Jenner clan for allegedly arranging a baby shower for him - and leaving out his pregnant fiancee, who is expecting their baby girl. "Didn't invite the Mother of my child to a baby shower you all were trying to throw for me!!?” Rob tweeted. "You all must have lost your damn minds." He then took aim at his youngest sister Kylie by sharing her private phone number with his 6.5 million followers on Twitter. Rob followed up the tweet claiming he wasn't hacked, and his rage was the real deal. Sharing her number again, he added, "I ain't hacked either this is rob dog lol," alongside crying laughing face emojis. The teenager was then bombarded with text messages and calls from Rob's followers with a number of requests, with some asking for money, or wanting to be her friend, and others angling for brother-in-law Kanye West's Yeezy trainers."Girl you need as assistant? Hook me up. Some lip kids (sic). Money. Tickets to the Pablo tour," one follower asked. While another tweeted a picture of himself Facetiming the makeup mogul. It is thought Rob has taken offence after Khloe Kardashian, along with sisters Kim, Kourtney, Kendall Jenner and Kylie Jenner shared snaps from what looks like a baby shower to reportedly celebrate the impending arrival of Rob and Blac Chyna's daughter. Pink balloons are seen in the background of one of the shots posted by Khloe on Saturday (24Sep16), with Kourtney uploading snaps with the famous sisters wearing cheeky baseball caps emblazoned with the word 'DILF', an acronym that stands for 'Dad I'd Like To F***'. However, neither Rob or Chyna are seen in any of the pictures, and the pregnant mother-of-one took to Snapchat on Monday to tell her followers he baby shower was in fact this coming Sunday (02Oct16). Neither the Kardashians or Jenners have yet to respond to Rob's tweet, and the number listed is now said to be unavailable, People.com reports.