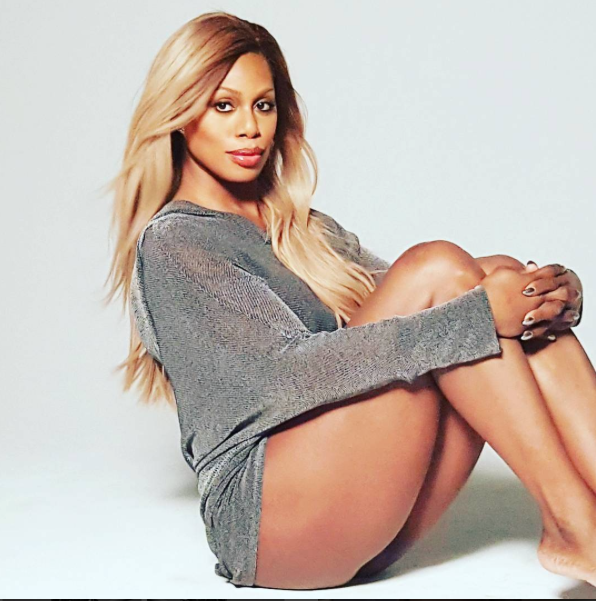 The Orange is the New Black star was caught up in an unhealthy relationship with an alcoholic for four years, and admits she didn't have the strength to leave because she felt no one would want to date an African-American transgender woman. ''My biggest regret is that I dated an emotionally abusive alcoholic for four years," she tells Grazia magazine. "I believed that because I was black and trans, he was the only man who would ever love me. The relationship almost killed me.''

After her abusive relationship, Laverne tried to find love on an online dating app, but a date with a man she had been corresponding with for months didn't go the way she thought it would.

''Years ago I was on OKCupid," she says. "I had an hour and a half to finally meet this guy for a drink - I'd been talking to him for months. He arrived and looked nothing like his pictures but I persevered. I realised I was doing all the talking. I hate that, and he said, 'I'm just imagining being back at your apartment naked'. I looked at him, took $20 out from my purse and said, 'I'm going to go now. Have a nice day'."

Last year (16), Cox opened up about her desire to find a lasting relationship.