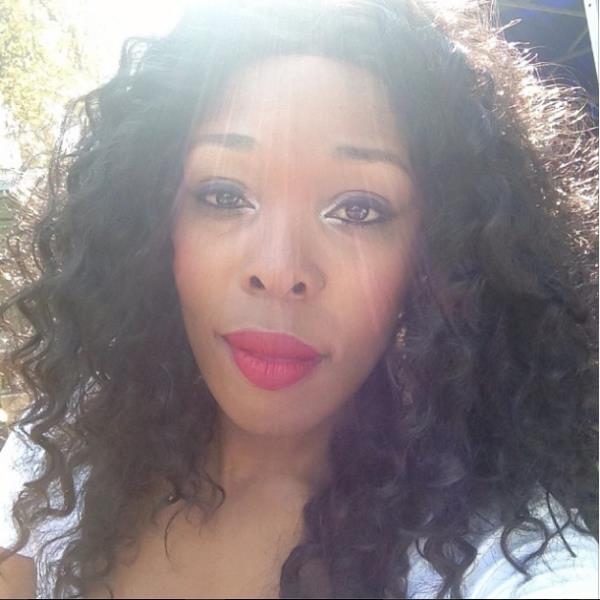 Nonhle Beryl first caught our attention on Twitter as 'the other Nonhle', due to always being mistaken for Nonhle Thema at the height of the TV presenter's infamous Twitter rants. But anyone who's still confusing the talented songstress and performer for someone else had better recognise: Nonhle's coming into her own. We love it when local talent gets recognised internationally and Nonhle's just featured on the The Voice of Germany, the German version of the popular talent contest, The Voice. Nonhle's also made a name for herself in Germany after performing in the German version of The Lion King musical and she's already a veteran of stage musicals in SA. We caught up with the reluctant 'tweleb' to find out what the fame game is like far afield. Your audition on The Voice of Germany was incredible [watch it on Youtube HERE], but the coaches took forever to turn around. What was going through your mind at the time?

Thank you so much! I was so nervous before I went on stage and I was literally sweating and breathing faster than normal, so I had calm myself down by regulating my breathing and praying. When I got on stage, I blocked the audience and the coaches in order for me to keep focus. You know, if the aim was to make the coaches turn their chairs I would've really messed up. I would've been tempted to over sing and do way too many vocal runs. To me it was more important that I do MY best and give an honest performance.

Why did you choose Max Herre [a famous German rapper] as your coach?

It was my instinct at that moment. I connected with him at that particular moment. Besides that, I have a huge respect for him as an artist and believed that I could learn a lot from him. After your audition vid was posted online, the German public criticized you for being ‘arrogant’ and ‘conceited’. How did you deal with that?

Oh my goodness, yes! That came as a huge surprise and shock to me because in all my life I've obviously had criticism about a lot of things, but I've never been called arrogant or conceited. I did watch the show again and the way my interview before I go on stage was edited did make me sound over-confident, so I kind of understand the audience's, particularly the German audience's, perception of me. I also learned from my other German friends that in the German culture you just don't speak well of yourself. Germans are academic people, so it's encouraged to boast about your academic achievements but not about talent. I understand that now. I don't agree with it, but I do understand it. I'm just so happy that I know who I am, I know what I am and I know what I'm not, so that criticism didn't affect my in any way. If I didn't know myself and was a person who allowed people's perception of me to define me, those comments would've been broken me.

You just exited the show following last night’s Battle round. How do you feel about that? Did you think you’d make it further in the competition?

It's bitter sweet for me because the person who won is a very dear friend of mine, so I'm very happy and proud of her. For the battles we got Beyonce's ‘Love On Top’ and from the moment Max gave us the song I wasn't too happy about it because I knew that there was more of an opportunity for my partner, Jazz to grow than for me. Beyonce is my favorite artist, I know most of her songs and have performed them, and my vocal range is wider than my partner's. So I felt that there was already an expectation for me to do well, therefore I would have to do something extraordinary in order for people to be surprised. Whereas for my partner the song would be a challenge and there would be more of an opportunity for her to grow. And of course, that's exactly what happened. Although I'm not happy that I didn't stay longer in the show, I'm very happy about my performance. In fact, Max said he had to choose my partner over me because he felt that for what the show is about, there wasn't much more that he could teach me. I appreciated his honesty and took that as a compliment, but personally, I believe there is always something new to learn. You don't live in South Africa, but you've become a bit of a 'tweleb'. Why are you still so very connected with SA and the SA online community?

Oy! I still don't know how I feel about the word 'tweleb' but I'll accept it....for now. South Africa's my first love and I thank the gods of the internet for twitter. Twitter has kept me very connected to home and I feel like I'm not missing out. Just like the rest of the South Africans, I too have FOMO. I need to know what's happening at home. In fact, I often know more about what's going on in South Africa more than my family and friends who live in South Africa. #truestory #ikidyounot. It's important for me not to lose my connection with home, because that's what South Africa is, my home. Besides, Twitter is too much fun and in a time of #nonewfriends, I've made some wonderful friends.

Being away from home often gives one a different perspective on what things are like back here. What's one thing that you notice more about South Africans given that you now live in Germany?

The thing I miss most about South Africa is the people. In spite of everything we've been through and everything we still have to go through everyday, we are very happy people. We celebrate just about anything, and I appreciate that. On the flip side, we are way too lazy and spoiled. We have such an entitlement mentality and from where I'm standing, that's what's holding us back as a nation. We have a mentality that "someone" has to do it for us and it starts in the little things. We have people cleaning our homes, packing our groceries, washing our cars and filling up our tanks at the petrol station. Whereas, with the Germans, they do everything themselves, so they appreciate things more because they understand that if something breaks, they have to fix it. With us having "someone" doing things for us, we take things for granted. We complain too much and just don't take responsibility for ourselves. We expect too much from everyone else and not much from ourselves.

Who's your favourite South African musician and why?

I have two favorites and for similar reasons: Khaya Mthethwa and Black Coffee. I admire them both because they work hard and they don't respect boundaries when it comes to their art. I know Khaya is still new, but in just one year he's accomplished so much more than  artists who've been around for 10 years. And I believe he will change the South African music scene in ways that we can't currently fathom. I don't even think I need to explain why I have so much respect for Black Coffee. He's a genius. His work speak for itself. You've done a fair amount of theatre and music. What have been some of your career highlights?

For me, every accomplishment, no matter how small it is, is a victory. I learned this from Bonang. When I was still in university, I performed for Adelaide Tambo, in her home for her birthday. Then we had lunch with her. My very first professional theater job, I worked with and understudied Abigail Kubeka. She's the most humble person I've ever met. I was also in the premiere South African cast of the musical, Hairspray and got to work with Mara Louw. This also afforded me the opportunity to meet Miriam Makeba, and had the honor of having a very long conversation and drinks with her. One of the best nights of my life. I also represented South Africa in performing arts in the US when I was still in high school. Being a part of the Lion King musical has not only been a highlight, but it's also changed my life. I often work with the South African Tourism board here in Europe to promote South Africa. This is perhaps the the one thing I'm most proud of.

You say you're in the midst of writing a book – what's it going to be about?

The book I'm working on was inspired by Twitter. My Twitter rants are more inspirational, I find. If I'm reading a book or having a thought-provoking conversation about life, love, and everything else, I love to share that on Twitter. Some people have suggested that I write a book about it, and Bonang once tweeted that I should have a talk show. So, I'm listening. The first book will be about the lessons that have made me who I am. What I know for sure. The current working title is "My Heart to Yours" because it's really me speaking from my heart and hoping that it will touch people's hearts and change their lives.

When will we see you back on South African soil?

Hopefully, I'll have time to visit next June. My father will be running the Comrade's  Marathon for the very first time at age 50. I'm very proud of him and I want to be there for this very important event in his life. But as for me moving back to South Africa? I don't think it's time yet. I believe to whom much is given much is required, and God has given me so much that I feel I am required to make a change. However, I feel that if I were to come back to South Africa in the near future I would just blend in and not be able to make the impact that I know I can make in the right time. So, time will tell...

What’s next for you?

I would just like to add that I am very grateful, overwhelmed and humbled by the support South Africans have shown me. Thank you from the bottom of my heart. Their words of motivation and encouragement always give me the confidence to keep going and challenge me to be do better and be better. I feel like I do what I do not just for myself, but for my country. So thank you to everyone who keeps on supporting me. I'd like to show my appreciation by releasing a few Christmas Carols in Zulu. They'll be available for download for FREE in a few weeks in time for the festive season!